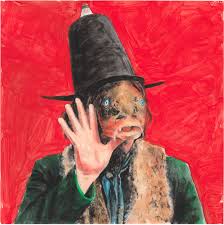 In 1970, Warner Bros. Records had an unusual philosophy: they’d sign artists and, instead of wanting a hit single immediately, they’d develop them over several albums. This way, James Taylor, Joni Mitchell, Little Feat, and Randy Newman got big career boosts. They also took a chance on Captain Beefheart, and although neither a hit single nor a hit album resulted, some very interesting music did. Fresh Air rock historian Ed Ward has the story.