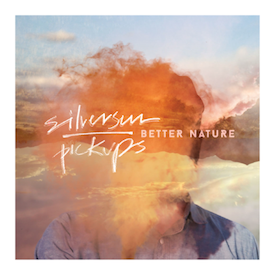 Silversun Pickups have announced that their much-anticipated fourth studio album, BETTER NATURE, will be released September 25th via the band’s own New Machine Recordings. Pre-orders for the album in addition to other very limited items are now available at silversunpickups.com.

BETTER NATURE is preceded by the incandescent new single, “Nightlight,” debuting August 6th.  “Nightlight” will also arrive via an inspired video directed by renowned filmmaker Mark Pellington which will premiere simultaneously with the song.

Silversun Pickups will herald BETTER NATURE with a full North American tour to be unveiled soon. In the meantime, the band will make a number of special appearances, beginning with a headline performance at FM 94.9’s Independence Jam, set for September 12th at Oceanside, CA’s Junior Seau Pier Amphitheatre.

BETTER NATURE marks the debut release from Silversun Pickups’ New Machine Recordings. The artist owned label — which takes its name from the PIKUL favorite, “…All The Go Inbetweens”.