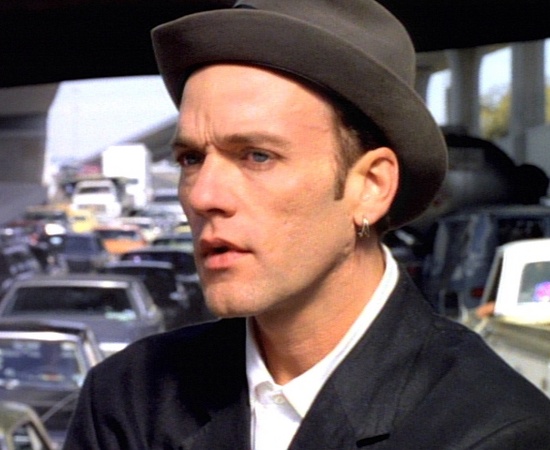 Was there a period in R.E.M. you felt like you were close to falling off the cliff as far as megalomania goes?

There’s one particular show where I allowed false arrogance to make me feel OK about stepping out on a stage that I was really afraid to step out on. Of course, in the middle of the third song, I literally stepped off the stage and almost broke my leg in front of the entire audience. It could not have been a more obvious, stupid, geek move. I still have the scar from it. I scraped the entire front of my leg off.

That was at the Hollywood Bowl and there were just way too many artists and famous people in the audience, and I whipped up this kind of Patti Smithian false arrogance to pop my chest out and allow myself to walk out and not be intimidated by the audience. The Hollywood Bowl is not an easy place to play because you’re almost face-to-face with the audience, so you don’t have the dynamic of the stage being a lot taller. It’s often daylight when you start the set and evening when you end it, so a lot of the very mechanical or technical aspects of the performance — and being able to control the energy exchange between audience and band — are not available. So combine that with, you know, the most famous faces on earth staring at you. That was not a good time for me. But I’m able to laugh at it, and I have the scar to prove to myself what a basic bitch I am.