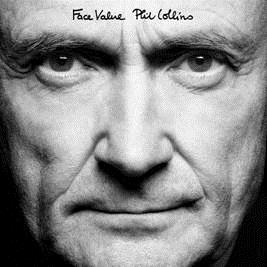 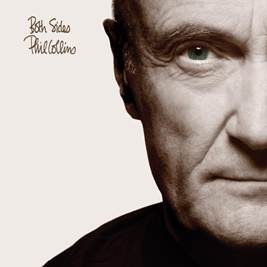 Phil Collins revisits a career that can boast over 100 million sales and numerous worldwide #1 albums with the new ‘Take A Look At Me Now’ retrospective reissue campaign in which all eight of his albums will be issued as extended and remastered editions. The campaign commences with the November 6th release of his 1981 debut album ‘Face Value’ and 1993’s ‘Both Sides’.

Entirely curated and compiled by Collins himself, his idea for the ‘Take A Look At Me Now’ concept is to examine how his songs have evolved over time, with the majority of the additional content throughout the series focused on live versions of the tracks. By contrasting the original studio versions of the material with later performances, the series demonstrates how Collins’ songs take on a life of their own once they’re freed from the confines of the studio.

The extended versions of the albums will also be completed with carefully selected demos and b-sides.

“I’ve always been quite proud of my demos and have often made them available as B-sides, but with a few exceptions, I have avoided including those on these collections,” says Collins. “Instead, I’ve focused on how nicely the songs developed when played on stage, rather than showing how they originated.”

Each album in the series will be remastered by Nick Davis, who earned a Grammy nomination for Best Surround Sound album for his work on the Genesis ‘1970-1975’ box set. Davis has also worked on all of the Genesis retrospective reissues.

The remaining six albums of Collins’ solo discography will follow in the coming months. They also feature a bold new artwork concept in which Collins’ has recreated his poses from the original album covers with new photography that was shot in the present day.

Initially released shortly after Collins’ 30th birthday, ‘Face Value’ was propelled to international multi-Platinum status with the help of the smash hit single ‘In The Air Tonight’. Other notable tracks on the album include the follow-up singles ‘I Missed Again’ and ‘If Leaving Me Is Easy’, as well as ‘Behind The Lines’ which was written with Collins’ Genesis colleagues Tony Banks and Mike Rutherford.

1993’s ‘Both Sides’ shares a similarly introspective atmosphere to ‘Face Value’, and features the Top 10 hit ‘Both Sides of the Story’ as well as further singles in the shape of ‘Everyday’ and ‘We Wait And We Wonder’.

The albums in the series will be available on a series of formats. The 2CD digipak and digital versions feature the remastered album and the additional content, and the 180 gram heavyweight audiophile vinyl format (single LP for ‘Face Value’ / double LP for ‘Both Sides’) features the remastered album as a stand-alone product. CD and vinyl box sets will also be available which compile both ‘Face Value’ and ‘Both Sides’ together with space to complete the collection as the rest of the series is released.

Further plans that will tie-in with the reissue series will be announced imminently.