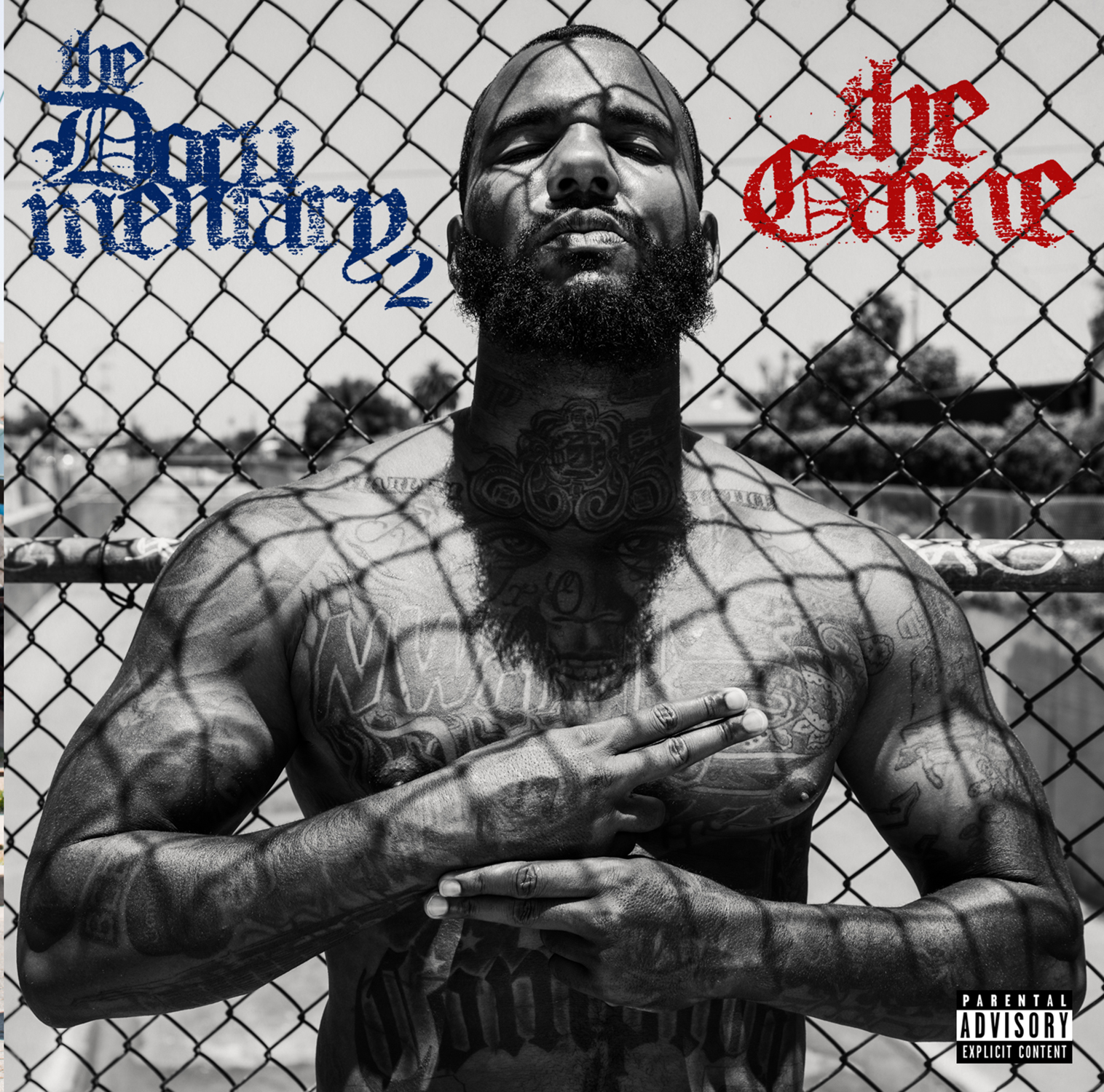 “To my true fans: it’s been really dope to have you ridin’ with me the last 10 years from the 1st Documentary till now,” says Game. “I appreciate your loyalty & the patience you have displayed while waiting for me to finish #TheDocumentary2. This album is better than my 1st for more than a few reasons…. but you don’t have to take my word for it because you will see for yourself when it drops October 9th! After Kendrick dropped his album, then Dr. Dre dropped #Compton then the movie doing 100 million after just 2 weeks….. this album will add to my city’s continuous legacy! I’m proud to be from #COMPTON & I wish Eazy E was alive to see us flourish yet again…… We on!!! This album cover represents the struggle to stay alive in a city where CRIPS & BLOODS have been at war since 1972 & it’s because of you THE FANS that I will again get to give you my documented accounts of life here in Los Angeles. October 9th – history will be made again.”

The Documentary 2 is the highly anticipated follow up to The Game’s hit debut album The Documentary, which has sold over 5 million copies worldwide. For this special project, The Game has returned to the studio with his mentor and childhood hero, Dr. Dre, along with an impressive list of Documentary 2 collaborators: Ice Cube, Snoop Dogg, Kendrick Lamar, Kanye West, Drake, Future, Q-Tip, will.i.am, Fergie, Mike Will, Diddy, Cool and Dre, DJ Premier, and many more. Check out the full track listing for The Documentary 2 below.

Beginning this week, there will be private screenings of The Game’s short film “The Making Of The Documentary 2” in Chicago, New York and Los Angeles. Last night in Chicago, legendary journalist and hip-hop historian Shaheem Reid hosted the screening while The Game’s longtime album art director and famed photographer Jonathan Mannion will host the upcoming New York screening. Details of the exclusive Los Angeles screening will be released at a later time.

Additionally, Game is 1 of only 2 artists to have his own track, ‘Just Another Day,’ on Dr. Dre’s final album Compton: The Soundtrack which debuted number one worldwide and received critical acclaim from music critics.

Currently, The Game and his charity The Robin Hood Project are giving back to the community with a cash giveaway. The Game is giving away $1,000 each day until his new album releases October 9th. Check out his recent interview with CNN and HLN.