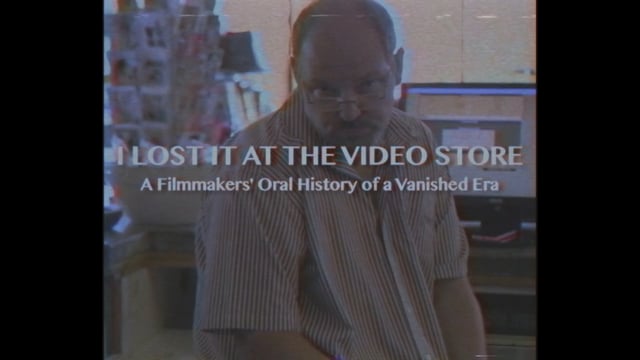 For a generation, video stores were to filmmakers what bookstores were to writers. They were the salons where many of today’s best directors first learned their craft. The art of discovery that video stores encouraged through the careful curation of clerks was the fertile, if sometimes fetid, soil from which today’s film world sprung. Video stores were also the financial engine without which the indie film movement wouldn’t have existed.

In I Lost it at the Video Store, Tom Roston interviews the filmmakers – including John Sayles, Quentin Tarantino, Kevin Smith, Darren Aronofsky, David O. Russell and Allison Anders – who came of age during the reign of video rentals, and constructs a living, personal narrative of an era of cinema history which, though now gone, continues to shape film culture today.

I Lost It At The Video Store – Book Trailer from The Critical Press on Vimeo.