This is part 40 of an ongoing series where the kind folk of the music business reveal their favourite album of all time. 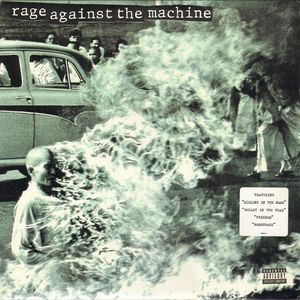 Brock Jackson, Host, The Brock Jackson Show, EZ Rock Osoyoos
Rage Against the Machine, Rage Against the Machine
When I first heard it, I thought “what the hell is this garbage?” But over time (and faster than I thought) I absolutely fell in love with it. The energy, the power, the messages…from “Bombtrack” to “Freedom”, every song holds a special place in my heart and every song brings up vivid memories of people that I’ve enjoyed listening to this album, and its tracks, with. It is ABSOLUTELY my favourite album of all time. 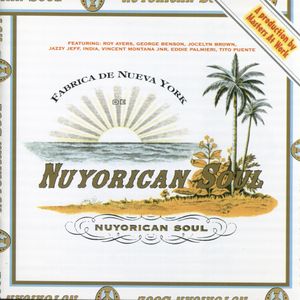 Asya Shein, Fusicology
Masters at Work, Nuyorican Soul
This album, which came out on Giant Step in 1997, changed my life. As a teen, I had never heard such fusion of soul, jazz, funk, Latin, house with the production by Louie Vega and Kenny Dope alongside prolific artists made this what helped shape my love for soulful music for life. 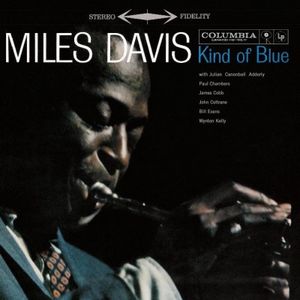 Chuck Schiele, Bentley-Hall
Miles Davis, Kind of Blue
I think this is the most important album a kid should listen to at an early age. This album was like a door-black hole that opened into the future of musical permissions that happened after it. (A close second would be Sgt Pepper – but, “Blue” leads the way to more avenues and genres, in my opinion). And, while “Blue” is sophisticated music, it remains simple—enough for even a young child to grasp and gain interest in the huge universe we call music. There is something universal in it’s lowest common-denominator approach (whereas, say…. Be-Bop aggressively explores, seemingly, as many possibilities in a more immediate fashion and therefore is more to digest.) I consider this the first album that kicked open the doors to our generation in music history, and the most successful case of that idea. Viewed simply as a music piece. It is among the most masterful works of art. 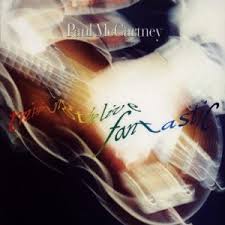 Brent Johnson, Mornings & PD WTCB-FM Columbia, SC; Operations Manager Cumulus/Columbia, SC
Paul McCartney, Tripping the Live Fantastic
I keep it in my car. It combines Beatles favorites, Wings and Paul solo faves, all with a hot band, so it had a new energy to those classics. It also had live versions of Paul’s most recent solo album at the time, “Flowers In The Dirt”. On that studio album, Paul basically recorded it in his basement and it was slow and lacked energy. That material came to life on the live album. But this album never fails to put me in a great mood. It MUST be the double live. They did a one-disc version that cut out the “Flowers…” cuts. I know this album was not well received by critics, but as a musician (piano), I always prefer live albums to studio albums. As a lifelong Elton John fan, I prefer the “Here & There” live versions to the classic album versions. Just the way I am wired. 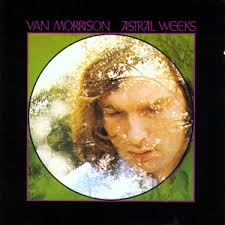 Bob Weinberg, Associate Editor/Columnist/Features Writer, Jazziz Magazine
Van Morrison, Astral Weeks
From the opening bass lines of the title cut, Astral Weeks never fails to grab me, musically and emotionally. I had been a Van fan as a teen in the early’80s, wearing out cassettes of Moondance and His Band and the Street Choir, and of course, shouting along to “Brown Eyed Girl” and “Gloria” whenever they came on the oldies stations. But Astral Weeks was a revelation. One summer, a buddy loaned me the LP. I promptly put it on a Maxell and spent the summer driving around listening to it on the tape deck of my brown bomber Delta 88. Van’s performance is so damn soulful (“Beside You” ranks among his best vocals ever), by turns warm and acerbic, charming and heartbroken, poetic and bluesy, folky and jazzy, jaunty and haunting (I mean, come on, “Slim Slow Slider?” Fuck!). Musicianship is brilliant, as is production, a layered session that makes room for vibes, sax and flute, but keeps Richard Davis’ bassline big in the mix. I’ve owned it on (dubbed) cassette, CD and LP, each of which yielded its own sonic experience. But nothing beats the vinyl, the way I first heard it, even on the crackling used copy I found in college. “If I ventured into the slipstream, between the viaducts of your dreams, where the mobile steel rims crack, and the ditch in the backroads stop. Could you find me? Would you kiss-a my eyes? And lay me down, in silence easy.” Like I said, it gets me from the jump.