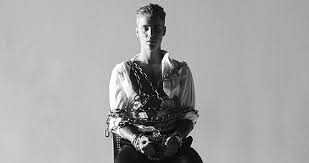 With a #1 album in over 100 countries, back-to-back worldwide smash hit singles, and a 64-city North American tour that has sold out dates across the U.S. and Canada, global superstar Justin Bieberhas announced the international dates of his PURPOSE WORLD TOUR beginning September 14, 2016 in Berlin.

Fans will be able to see Bieber’s dynamic live show on the 30+ date tour, promoted by AEG Live’s Concerts West, which will travel through arenas across Europe including England, France, Germany, Spain, much of Scandinavia and more.

The hype around Bieber’s new music has hit an all-time high and shows no signs of slowing down. With a global #1 album release in over 100 countries and consecutive #1 singles, the album is shattering records worldwide including a record for having 17 songs in the Hot 100 in one week (beating The Beatles and Drake) and a new Spotify record for global streaming with over 200 million album streams first week.

In addition to the album, orders are flooding in for PURPOSE signed CDs, vinyl and other limited edition items, exclusively via Justin’s online store. Go to: http://smarturl.it/JustinShop.

**All dates, venues and on-sale information are subject to change.