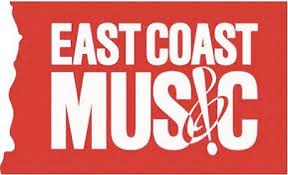 Hey Rosetta!, Jenn Grant, Fortunate Ones, and City Natives are among the initial performers announced for the 2016 East Coast Music Awards Gala. The gala, co-hosted by Ashley MacIsaac and Heather Rankin, takes place on Thursday, April 14 at Centre 200 in Sydney, NS and will be broadcast live on Eastlink TV. The evening will also feature a special tribute to the late Ron Hynes.

On the heels of their JUNO nominated and Polaris Prize short-listed album, Seeds, Hey Rosetta! returns with Second Sight, a record that sees the orchestral driven seven-piece band from Newfoundland experimenting with their sound and expanding their sonic horizons. Blending haunting and distinctive vocals, instantly resonant choruses, and shifting musical textures, the band describes their latest effort as “warm, yet mysterious.”

A heralded singer and songwriter from Prince Edward Island, Jenn Grant has been touring steadily around the globe in support of her JUNO nominated album, Compostela. Teetering on psychedelic folk and staying true to her intricate melodic storytelling, the album is full of lush and adventurous offerings.

With members from New Brunswick and Nova Scotia, City Natives combine their cross-provincial talents to create a sound “reminiscent of Los Angeles’ grittier hip-hop, easily mainstream and full of the ego and heavy bass lines that make great rap” (Polymic). Their album Red City earned the group the 2015 East Coast Music Award for Aboriginal Recording of the Year.

Award nominees and initial showcasing artists will be announced on Tuesday, January 26 at 11:00am. The announcement takes place in the Membertou Trade and Convention Centre in Sydney, NS.