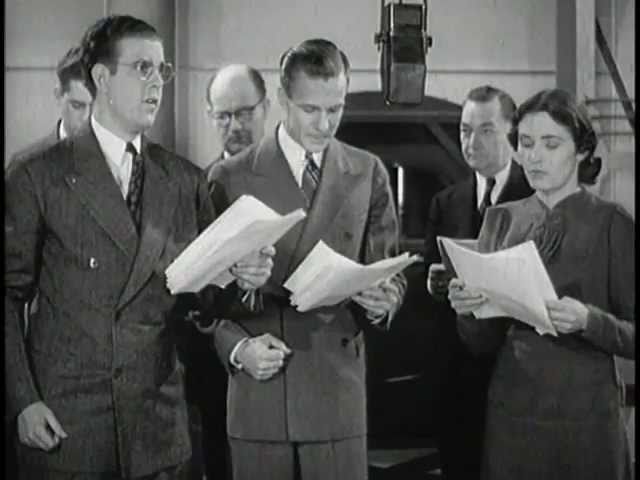 A boy lies on his bed (wearing a white shirt and a necktie), listening to a radio western. We see the images the radio creates in his mind, then we cut to the studio, where we see that this whole fantasy world is created at a frantic pace by announcers in three-piece suits and sound-effects technicians operating incredibly complicated jury-rigged devices. We get to see such things as one guy doing both voices in a conversation, an adult do a very convincing impersonation of a child’s voice, guys playing cowboys impersonating the sound of conversing while riding by playing “horsie” while reading their lines, and all the weird stuff used to make sound effects. Since this is a Jam Handy picture, the good guys catch the bad guys in the end because the good guys are in a Chevrolet and the bad guys are only on horses.

A real gem of a short. Watch it the second time with your eyes closed.