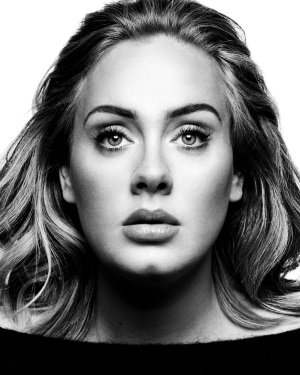 Adele has been named by IFPI as the most popular recording artist across the globe in 2015, reflecting the phenomenal success of her record-breaking third album, 25.

The singer/songwriter is the third recipient of the IFPI Global Recording Artist of the Year award, a unique accolade that reflects an artist’s worldwide popularity across physical formats, downloads and streams.

Adele’s success at the top of the chart was driven by the October release and subsequent phenomenal global success of lead single Hello from the album. The track was number one in more than 30 countries worldwide, including the US, Germany, France, Italy, Australia and the UK.

Adele’s album 25 followed in November and to date has notched up worldwide sales of over 15 million.

Commenting on today’s award, IFPI chief executive Frances Moore said: “I’m delighted to be able to honour Adele as the most popular global recording artist of 2015. Her album 25 has been the runaway global sensation of the year, breaking records across the world and reaching a vast audience of fans. All of the artists in our top 10 chart have achieved incredible success – and Adele’s achievement is simply phenomenal.”

IFPI’s Global Recording Artist award and top 10 chart is the first and only ranking to accurately capture the popularity of artists across streaming channels, alongside digital and physical album and singles sales on a global basis. Recipients in 2013 and 2014, respectively, were One Direction and Taylor Swift.

Of the top 10 artists featuring in IFPI’s 2015 global chart, Ed Sheeran took second place, one up from the third spot he occupied on the 2014 ranking. The singer/songwriter, who released his second studio album x in June 2014, sold out Wembley stadium in the UK on three consecutive nights in summer 2015. He also had a high profile in 2015 with a busy schedule of touring, award wins and personal appearances, whilst launching his very own record label, Gingerbread Man Records, an imprint of Atlantic Records UK.

In February 2015, Sheeran received the award for British Male Solo Artist and the top accolade for British Album of the Year for x at the 2015 BRIT Awards and in May picked up an Ivor Novello Award for songwriter of the year. He also co-hosted the 2015 MTV Europe Music Awards in October and ended the year as Spotify’s most streamed act of all time (overtaking Eminem) with more than three billion streams, including more than 59 million listens in 2015 alone. In third place this year was Taylor Swift, who was the recipient of the 2014 IFPI Global Recording Artist award. Swift had a phenomenally busy year with her October 2014 release 1989 continuing to dominate the worldwide charts in 2015 after notching up 1.3 million sales in the first week of release in the US alone. The album subsequently went on to sell 5.5 million copies by the end of 2015 in the US.

In early 2015 Swift released a deluxe version of 1989, which had been exclusively launched the previous year at Target and, in May, she began the massive 85-date 1989 World Tour. By the time the tour, which featured guests including Ed Sheeran and The Weeknd, ended in December 2015 it had become the highest grossing tour of the year. Justin Bieber took the fourth spot and One Direction (recipients of the 2013 Global Recording Artist award) were placed fifth.