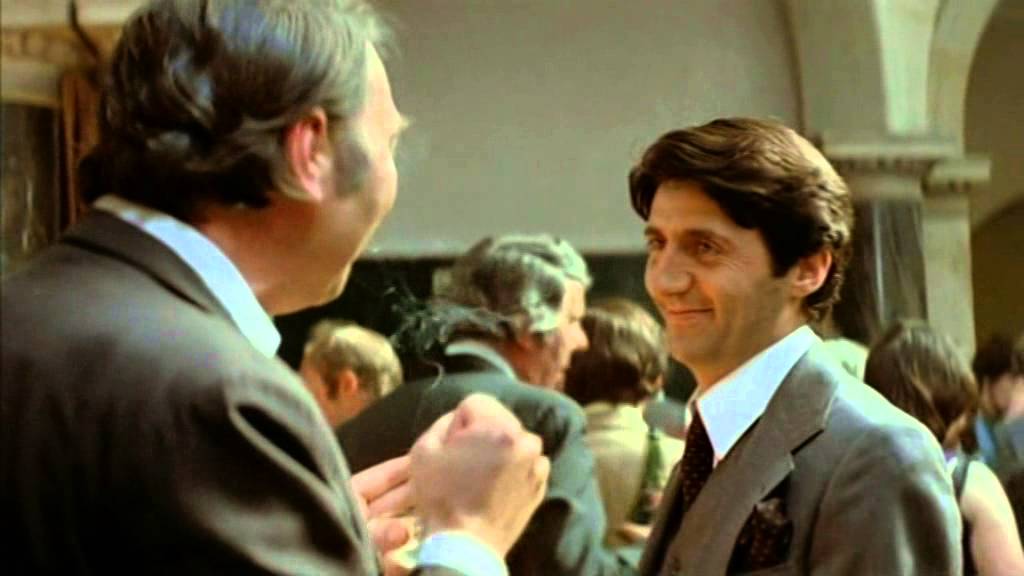 Slade in Flame (also known as Flame) is a 1975 film starring the members of the band Slade. In 2007, BBC film critic Mark Kermode called it the “Citizen Kane of rock musicals” and included its soundtrack among the 50 greatest soundtracks in cinema’s history. The film charts the history of “Flame” a fictitious group in the late 1960s who are picked up by a marketing company and taken to the top, only to break up at their zenith. The film begins with the future members of Flame playing in two rival bands, one with a singer named Jack Daniels (Alan Lake), and the other, The Undertakers, fronted by Stoker (Noddy Holder). Flame are formed from the two bands, with Charlie (Don Powell) joining on drums, making up the same line-up as the real-life Slade. They are picked up by marketing man Robert Seymour (Tom Conti) and with the help of publicity stunts the band’s fortunes improve, but their former agent (played by Johnny Shannon) stakes a claim to their earnings, and uses violence to try to get his way.

All this, from the band who sold over 6 million copies in the UK.