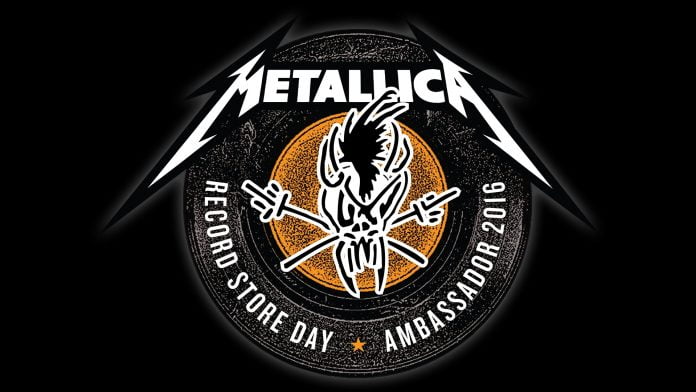 The Ambassador for Record Store Day 2016 is not one person, but four: the four who make up METALLICA.

From the very first Record Store Day, Metallica have embraced the concept, and celebrated the culture of the indie record store with in-store appearances and special releases for both our special April Saturday and Black Friday.

For Record Store Day 2016, the band’s official release is a special live CD, Liberté, Egalité, Fraternité, Metallica! – Live at Le Bataclan. Paris, France – June 11th, 2003, a live concert recording from the Paris theatre that became the focus of the world in November 2015. This release, and the charitable donation of its proceeds to Fondation de France’s Give For France charity, fits into a larger theme for Record Store Day 2016 that highlights the relationship between US record stores and their French counterparts, between Record Store Day and Disquaire Day, between music-and-arts-loving humans in the United States, France and the world.