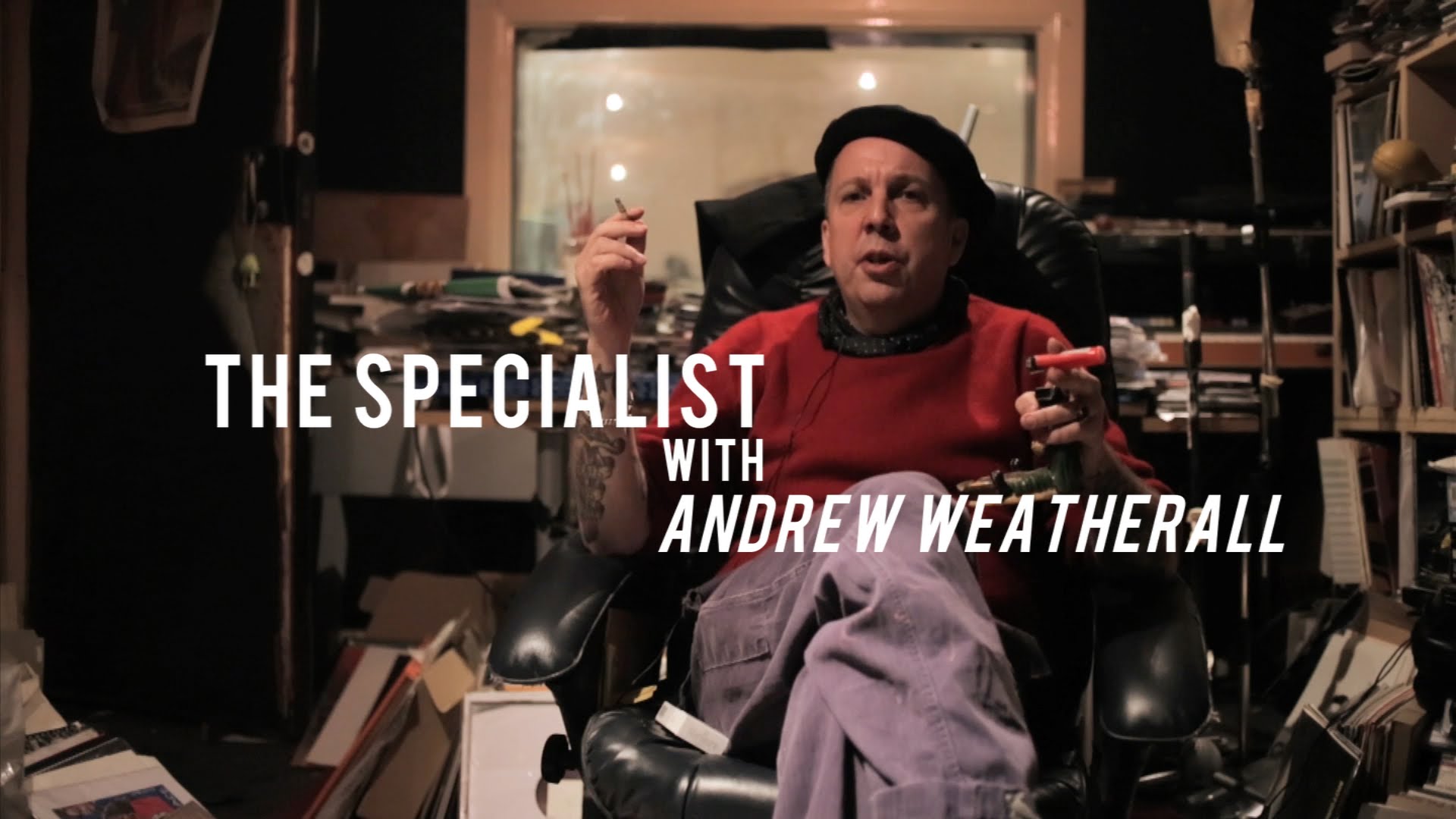 Whatever his career has been, it has left Andrew Weatherall quite the raconteur. He has a way with words – he describes a DJ set by Scottish duo Slam as “absolutely full-knacker proper panel-beaters-from-Prague-’ere-we-go techno” – an endless store of anecdotes, and an intriguing set of cultural reference points: “I’m an autodidact, because I got chucked out of school.” Over the course of an hour and a half we go from Joseph Conrad’s novel The Secret Agent to the “magnificence” of Wizzard’s 1974 album Introducing Eddy and the Falcons, via Francis Bacon and William Burroughs’ line about how if you’re in a hurry to show somebody your art, you should throw it in the trash because it’s bound to be rubbish. “Be patient. Very pertinent to today,” he says. “Digital culture sells you this theory that if you don’t get involved immediately, you’re going to be left behind. When you see an advert for broadband, it’s always got a caveman in it, because if you haven’t got the latest broadband, you’re a caveman. But if you’re making music or any art, just wait, wait six months, see if you still like it. If you release something immediately, you’re not going to be happy with it and it’s just going to be part of the digital noise.” He chuckles. “Here we are at the apex of the punk-rock dream, the democratisation of art, anyone can do it, and what a double-edged sword that’s turned out to be, has it not?”