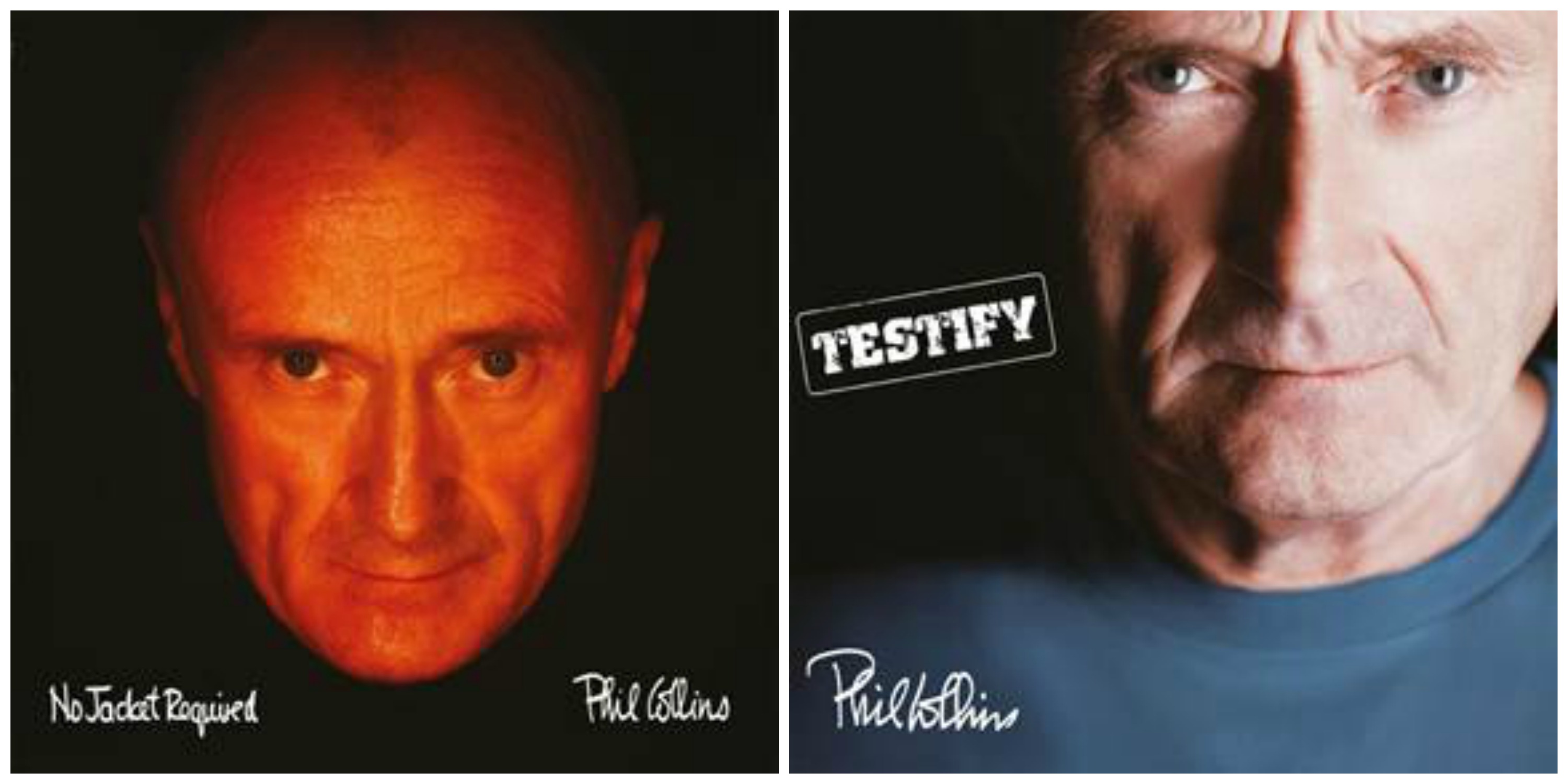 Phil Collins’ ‘Take A Look At Me Now’ retrospective campaign enters its third stage with the extended and remastered editions of his classic albums ‘No Jacket Required’ and ‘Testify’ on April 15th. The four albums that have been reissued so far – ‘Face Value’ (1981), ‘Hello, I Must Be Going!’ (1982), ‘Both Sides’ (1993) and ‘Dance Into The Light’ (1996) – have sparked a major rediscovery and reappraisal of his solo career.

The ‘Take A Look At Me Now’ campaign finds Phil Collins revisiting a career that can boast over 100 million sales and numerous worldwide #1 albums. His remaining two solo studio albums will also be released in the same format in the summer.

Entirely curated and compiled by Collins himself, his idea for the ‘Take A Look At Me Now’ concept is to examine how his songs have evolved over time, with the majority of the additional content throughout the series focused on live versions of the tracks. By contrasting the original studio versions of the material with later performances, the series demonstrates how Collins’ songs take on a life of their own once they’re freed from the confines of the studio.

Released in 1985, Collins’ third album ‘No Jacket Required’ topped the charts in the UK, US and numerous other countries all over the world on a journey that would result in three Grammy Awards (for Best Album, Best Pop Vocal Performance, Male and Producer of the Year for Collins and co-producer Hugh Padgham) and over 20 million sales. Mixing Collins’ trademark emotional ballads alongside strong funk and R&B influences, the album’s hit singles – ‘Sussudio’, ‘One More Night’, ‘Don’t Lose My Number’ and ‘Take Me Home’ – would also become staples of his live set in the years that followed.

Although Collins returned to the top of the charts in 2010 with the soul and Motown tribute collection ‘Going Back’, 2002’s ‘Testify’ remains his most recent album of original material. Perhaps his most low-key and reflective work as demonstrated with ‘This Love This Heart’ and ‘You Touch My Heart, ‘Testify’ nonetheless moves confidently into other territory with the escalating beats and rhythms of ‘Driving Me Crazy’ and the gospel-tinged title track. The album’s lead single, an interpretation of Leo Sayer’s ‘I Can’t Stop Loving You’ demonstrated Collins’ continuing ability to create hits, as it topped Billboard’s Adult Contemporary chart.

The remastered albums will also be extended with carefully selected demos and B-sides from their respective eras.

“I’ve always been quite proud of my demos and have often made them available as B-sides, but with a few exceptions, I have avoided including those on these collections,” says Collins. “Instead, I’ve focused on how nicely the songs developed when played on stage, rather than showing how they originated.”

Each album in the series will be remastered by Nick Davis, who earned a Grammy nomination for Best Surround Sound album for his work on the Genesis ‘1970-1975’ box set. Davis has also worked on all of the Genesis retrospective reissues.  Each album features a bold new artwork concept in which Collins has recreated his poses from the original album covers with new photography that was shot in the present day.