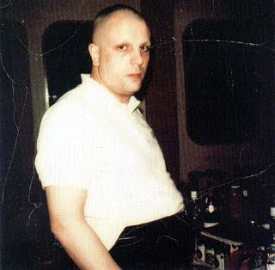 “Shine On You Crazy Diamond” appeared on Pink Floyd’s 1975 album Wish You Were Here, and was conceived and written as a tribute and remembrance to their former band member Syd Barrett.This audio-only video contains BBC commentators and drummer Nick Mason discussing and playing back segments of the multitrack.

The song was first performed on their 1974 French tour, and recorded for their 1975 concept album Wish You Were Here. It was intended to be a side-long composition (like “Atom Heart Mother” and “Echoes”), but was ultimately split into two sections and used to bookend the album, with new material composed that was more relevant to the album, and to the situation in which the band found themselves.

One day during recording, Barrett (now heavyset, with a completely shaved head and eyebrows) wandered into the studio (although Mason has since stated that he is not entirely certain whether “Shine On You Crazy Diamond” was the particular work being recorded when Barrett was there). Because of his drastically changed appearance, the band did not recognize him for some time. When they eventually determined the withdrawn man in the corner was Barrett, Roger Waters allegedly became so distressed about his appearance he was reduced to tears. Someone asked to play the suite again for Barrett and he said a second playback was not needed when they had just heard it. When asked what he thought of the song, Barrett said it sounded a “bit old”. He subsequently slipped away during celebrations for Gilmour’s wedding to Ginger Hasenbein, which took place later that day.

Keyboardist Richard Wright says, Roger was there, and he was sitting at the desk, and I came in and I saw this guy sitting behind him–huge, bald, fat guy. I thought, “He looks a bit…strange…” Anyway, so I sat down with Roger at the desk and we worked for about ten minutes, and this guy kept on getting up and brushing his teeth and then sitting–doing really weird things, but keeping quiet. And I said to Roger, “Who is he?” and Roger said “I don’t know.” and I said “Well, I assumed he was a friend of yours,” and he said “No, I don’t know who he is.” Anyway, it took me a long time, and then suddenly I realised it was Syd, after maybe 45 minutes. He came in as we were doing the vocals for Shine On You Crazy Diamond, which was basically about Syd. He just, for some incredible reason picked the very day that we were doing a song which was about him. And we hadn’t seen him, I don’t think, for two years before. That’s what’s so incredibly…weird about this guy. And a bit disturbing, as well, I mean, particularly when you see a guy, that you don’t, you couldn’t recognise him. And then, for him to pick the very day we want to start putting vocals on, which is a song about him. Very strange.