This is part 57 of an ongoing series where the kind folk of the music business reveal their favourite album of all time. 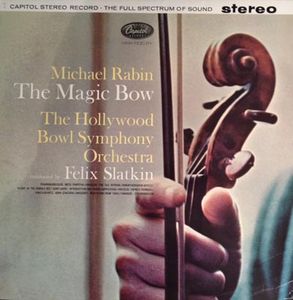 Gregory Sullivan Isaacs, Composer/Classical Music Writer/Conductor
Michael Rabin, The Magic Bow
I was just a kid, learning to play the piano and starting out on the violin (later viola). As a composer, I wanted to have the experience of playing in the orchestra. Since my piano studies revealed that I lack innate finger dexterity, I picked the violin because ot was easy to observe that they need lots of them (I only saw a couple of clarinets, for instance). This album convinced me that I needed to concentrate on composing. Rabin’s performance in a variety of showy and short pieces is nothing short of astounding: technically perfect and amazingly clean. It revealed to me that I would NEVER be a concert violinist but, with a lot of work, I would be adequate for the second violin section. That I did and that I was. After college, I rarely played and my fair-to-middlin’ technique evaporated. I finally sold my neglected violin 2 decades ago to a much better player. I still have Rabin’s album and play it often.

Michael Halloran, 91x, San Diego, CA
Talk Talk, Spirit Of Eden
After Talk Talk successfully managed to blend emotionality into the horrible 1980s drum machine era, they pulled the most awesome coup. They seemed to be heading towards more of an organic sound on the previous release “The Colour Of Spring” after the amazing “It’s My Life” in 1984, (even No Doubt had to cover that song). But Spirit Of Eden was the most amazing follow up. At one point I asked EMI to send me a box of them. I handed them out to various musicians over the years including Ray Manzarek of the Doors. Most musicians would call me months later and exclaim that the album had changed their lives. IT’S TRUE. It’s not for everyone. In fact 99% of the people reading this blog will not understand it ever. It takes a few listens before the beauty is revealed.

Erin Davis, Host, CHFI FM, Toronto, ON
The Beatles, Love
While it’s a remastering and a reimagining of the best of the best by Beatles’ legendary producer, the late George Martin and his son Giles, it is done with a perfect touch and loving reverence. For someone born too late to experience their impact when each song was new, I feel this is the closest I will ever come to that revelatory, transcendent experience of discovery and awakening. And it makes me grateful. Experiencing the album and Cirque show with our Beatles fanatic daughter before her passing at age 24, is a memory we will always hold dear. Another reason for the album’s ranking in my heart. 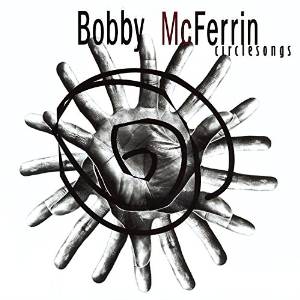 Hélène Engel, Artist and Music Therapist
Bobby McFerrin, Circle Songs
I love it because I love to create various musical universes by piling different musical short motives and that’s exactly what he does on this album. He has 12 different ones and some of them are both so calming and so inspiring for me that I can keep listening to it for hours. Specially the #5. 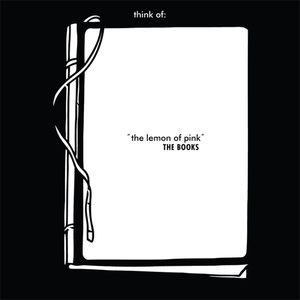 Etan Rosenbloom, Director & Deputy Editor, Marketing + Communications, ASCAP / Freelance music journalist
The Books, The Lemon of Pink
My favorite music teaches me what music can be. The Books’ second record The Lemon of Pink goes one step further: it teaches me that music is all around us. Listen right, and you’ll hear rhythms in the clattering of pots and pans, harmonies in squeaking car brakes, intertwining melodies in the rise and fall of an overheard conversation. The Books manipulate acoustic guitar and cello loops into breathing, glowing patterns, then sequence all these found sounds and speech recordings into wide-open, uncategorizable compositions. There’s no agenda here, no explicit political stance. But I hear a deep populism in the record. By using the sounds and speech of everyday life as instruments in their mini-symphonies, The Lemon of Pink uncovers the beauty in the totally mundane stuff we do every day. It makes me feel better about being human.