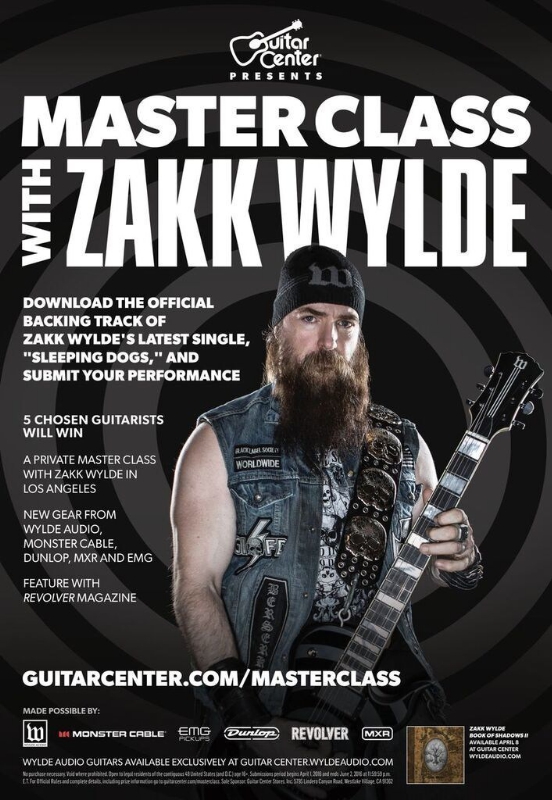 Zakk Wylde says, “I’m very excited for the launch of Wylde Audio. For me, it’s the next logical step. You start as a player, manager, VP of Team Operations, then Team Owner. I’ve surrounded myself with super talented people to make this vision become a reality. It only makes sense to join forces with Guitar Center for a retail partnership, with their history of encouraging talent and supporting musicians.”

The guitarist’s brand new line of guitars, which currently comes in three models (Odin, Viking and Warhammer) are arriving in April for purchase at select Guitar Center stores or online at GuitarCenter.com. All three models feature a solid mahogany body with a set 3-piece maple neck and the ebony fretboard has a 24.6″ scale and 14″ radius with 22 jumbo frets. Each guitar also includes a pair of Wylde’s signature EMG active pickups, a time-tested combination of EMG 85/81, that have helped define Wylde’s sound.

Additionally, unsigned guitar players can compete to be part of a private, exclusive Master Class experience with Wylde starting April 1. To be considered, fans can upload videos of themselves playing Wylde’s latest single “Sleeping Dogs” and submit it through the official contest platform: GuitarCenter.com/masterclass. Wylde himself will then hand-select the top five guitarists to win the grand prize.