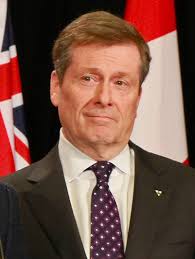 The latest IFPI Global Music Report that was released this week had some great mentions of the success in 2015 from Justin Bieber, Drake and The Weeknd in the top Ten of Best-Selling Artists of 2015. But the report contains ven more Canadian content in the Report by way in a chapter on Music Cities that made mention of Toronto and Mayor John Tory.

The report noted that “Cities around the world are increasingly realising the economic potential of music alongside its long acknowledged cultural and social benefits. IFPI’s national affiliate Music Canada campaigned for Toronto to leverage music to benefit its economy based on the strategies deployed in Austin, Texas. It pointed out that Austin is much smaller than Toronto, the hub of Canada’s recording industry, but that the US city was using music far more effectively to generate jobs, taxes and growth.

“The campaign secured the engagement of City Hall and the Mayor of Toronto, John Tory, has put leveraging music at the heart of his political agenda. This successful campaign prompted interest from other cities around the world, looking for a “roadmap” so that they too could tap into the power of music.”

It also quotes Mayor Tory on the topic: “Growing our music industry is key to driving economic growth, job creation and investment. A city’s passion for music is important in attracting talented people to visit and to stay. The Mastering of a Music City report reinforces in my mind the real potential of what supporting the music industry can do to transform and grow a real 21st century city.”