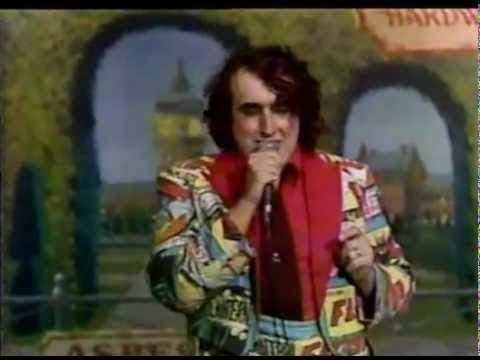 Tiny Tim’s quirky uke playing and freaky falsetto was so bizarre to watch when I was a kid. Actually, he’s still an outsider in music even after all this time has passed. Known mostly for his rendition of Tiptoe Through the Tulips, he went all-out disco for his 1979 appearance on the Tonight Show With Johnny Carson, performing Rod Stewart’s Do Ya Think I’m Sexy. Look for the great look on Johnny’s face at the end.