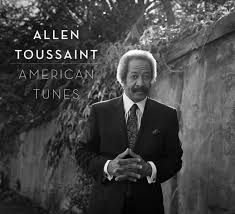 Allen Toussaint’s work as composer, producer, arranger, and performer, especially in the 1960s and ’70s, helped shape the sound of R&B, soul, and funk as we know it today. He collaborated memorably with artists ranging from Lee Dorsey and Ernie K. Doe to the Pointer Sisters and Labelle, from the Meters and Dr. John to the Band and Paul McCartney. The New York Times recently said, “In Mr. Toussaint’s long career as songwriter, arranger and producer he has honed a piano style that’s supportive and allusive; a little trill or tremolo sums up all the splashy joys of New Orleans patriarchs like Professor Longhair and James Booker, and a syncopated chord under right-hand octaves summons gospel. Mr. Toussaint has the two-fisted, rippling vocabulary of the city’s piano legacy, but he uses it in dapper ways.”

Toussaint’s children, Alison Toussaint-LeBeaux and Clarence Reginald Toussaint, who have long served as their father’s managers, said of the American Tunes album, “Our father approached this project with great care and understanding of the songs selected and paid true homage to Professor Longhair, his musical hero. He wanted to bring as much of the Toussaint touch as he could to these wonderful classics.”

Nonesuch previously released The Bright Mississippi in 2009. Also produced by Henry, the record includes songs by jazz greats such as Sidney Bechet, Jelly Roll Morton, Django Reinhardt, Thelonious Monk, Duke Ellington, and Billy Strayhorn. The album received tremendous critical praise, with the Boston Globe saying it “couldn’t sound more like New Orleans. (Toussaint) revisits jazz classics … and takes them for a stroll through Preservation Hall, imbuing his own funky brand of pop-song charisma. The results are coolly sophisticated, an unfussy, mostly instrumental set of slink-and-slide joints shot through with a harmonic imagination that turns even a traditional hymn into an after-hours swing … Toussaint’s musical soul guides all, making the classics sound like his own.”

That project indirectly grew from Toussaint’s contributions to Our New Orleans, the benefit album that Nonesuch released in fall 2005 to aid hurricane victims in the wake of the Katrina disaster. That collection opens with a version of “Yes We Can Can,” the Toussaint song the Pointer Sisters made famous, newly recorded with producer Joe Henry, and it included a solo piano piece, “Tipitina and Me,” co-written by Toussaint in tribute to Professor Longhair.

Joe Henry had first worked with Toussaint when he invited the pianist to join the sessions for I Believe to My Soul, a studio convocation of mature R&B stars. Henry subsequently acted as producer on Toussaint’s post-Katrina collaboration with Elvis Costello, The River in Reverse. He describes the most recent sessions: “I have been working with Allen Toussaint—under his spell and subject to his influence—for a full decade now. He was a quiet radical, musically-speaking, and a prince of great humility.”