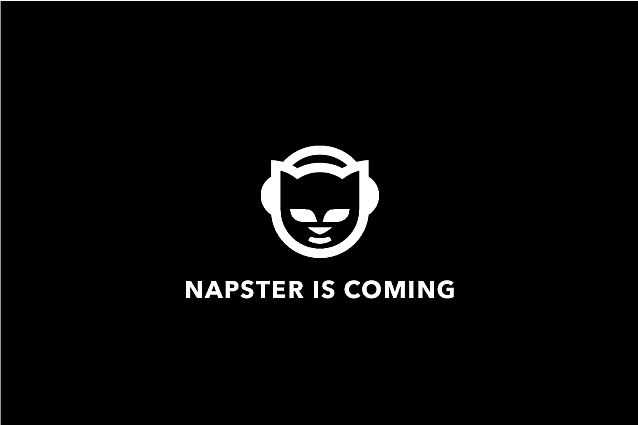 The announcement could hardly be more concise, or non-explanatory:

That signals Rhapsody’s un-forewarned announcement that it would consolidate around its subsidiary brand Napster, which it acquired in January, 2012. Napster has been the public-facing brand of the Rhapsody on-demand music service in non-U.S. markets.

Napster, of course, is both famous and infamous as the most celebrated (and reviled) file-sharing network which catalyzed the online music revolution. Apple’s Steve Jobs created iTunes Music Store largely in reaction to Napster, convincing major record labels to dismantle the album into single tracks for purchase, giving consumers a legal and safe way to acquire exactly the music they wanted, unbundled from CD collections. Streaming was a natural evolution the competed both with radio on the lean-back side, and music purchasing on the lean-in side.