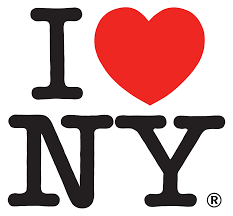 In February, the Mayor appointed Commissioner Julie Menin to the Mayor’s Office of Media and Entertainment (MOME), also announcing that the Office’s portfolio would be expanding to include music.

Yesterday marked the first ever New York City Music Industry Convening at City Hall, where industry leaders were invited to participate in an open town-hall style dialogue to discuss the challenges and opportunities across all segments of New York City’s music industry. The Commissioner kicked off the meeting with an overview of MOME’s portfolio and initiatives, and shared her enthusiasm to work with the industry at large to develop her agenda. Her announcements included, Lady Gaga and Alicia Keys being named the City’s official music ambassadors, and the City’s successful in returning the MTV Video Music Awards to New York as with working on bringing back other prominent industry events.

Organized and moderated by Shira Gains, Senior Director of Policy and Programs, attendees enthusiastically shared their experiences and expertise to help shine light at the core issues the industry was facing to better help shape the Office’s music agenda and initiatives. Among topics discussed were live music, real estate, promotion & marketing, and education & workforce development.

NY is Music extends its gratitude to Commissioner Menin, Shira Gains, and the Office of Media and Entertainment for hosting the industry, and initiating an open conversation. It is clear, that the Mayor’s office has begun to realize that music is a key cultural and economic driver for New York City, and are committed to developing initiatives that will help the industry thrive.