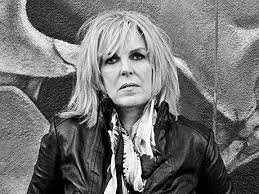 What advice would you give your younger self?
There are good people in the music business, but there are a lot of horrible, stupid people, too. In 1984, I had just moved to L.A. I had a meeting with this guy at, I think, Columbia Records. He said, “You have a lot of potential, but you need to work on your songs. None of them have bridges.” After the meeting, I got out my Bob Dylan and Neil Young albums. I said, “These songs don’t have bridges either. So fuck that guy.”

What misperceptions did you have about the business?
I used to think talent was all it took. But now I think it’s 50 percent talent and 50 percent drive. I’ve seen people who were brilliant but don’t want to tour or do whatever it takes. How many times do you read about an artist who had a record deal in the Seventies, and now they’re working as a carpenter somewhere? They’re all bitter and cynical: “Nobody understands my music anymore.” No, it’s because you fucked up your career!