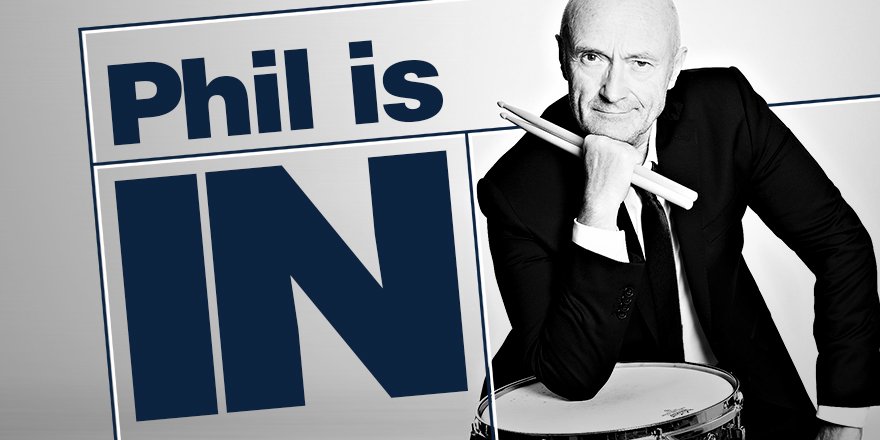 The USTA today announced generational icon and cultural legend Phil Collins will perform during the Opening Night Ceremonies for the 2016 US Open on the evening of Monday, August 29, in Arthur Ashe Stadium at the USTA Billie Jean King National Tennis Center. The performance, Collins’ first major public appearance in six years, will be televised live by ESPN2 in the United States and by a host of international broadcasters around the world.

The Opening Night Ceremony will celebrate the new retractable roof built over Arthur Ashe Stadium that will be operational for the first time in 2016. The massive structure, which contains more than 6,500 tons of steel, is the largest retractable roof in tennis and took three years to complete. For the ceremony, the Oscar winner and Rock and Roll Hall of Famer will perform his debut solo single, “In the Air Tonight,” which is the opening track on his forthcoming album, “The Singles,” to be released in October along with the publication of his autobiography, “Not Dead Yet.”

Prior to Collins’ performance, USTA Chairman of the Board Katrina Adams, tennis icon Billie Jean King, and other special guests will welcome the fans to this year’s US Open. Following his performance, a special rendition of the National Anthem will be sung by a performer to be named later, and will be accompanied by the FDNY Color Guard and NYPD Honor Guard for the 15th consecutive year.

Songwriter, singer, drummer, frontman, producer, collaborator, actor, and Broadway composer, Collins and his music are instantaneously recognized around the world. He is one of only three recording artists – along with Michael Jackson and Paul McCartney – to sell more than 100 million albums as a solo artist and as a member of a band.