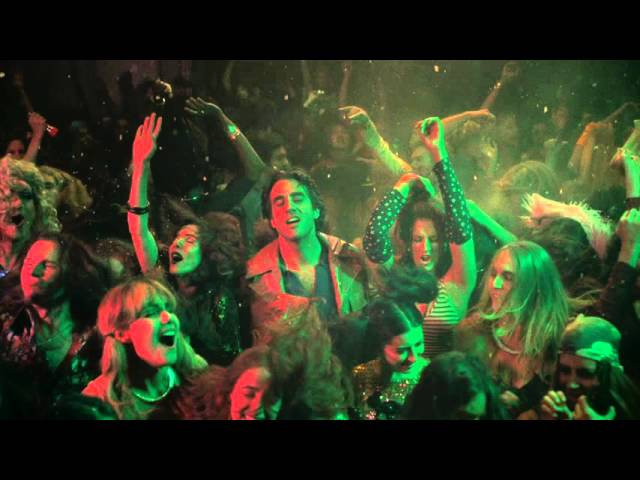 When Dire Straits released their Brothers In Arms in 1985, it was one of the first albums to be directed at the CD market, and was a full digital recording at a time when most popular music was recorded on analog equipment. Leader Mark Knopfler had a keen interest in technology as a means of improving his music, and it paid off, with the classic selling upwards of 30 million albums to date. Music and high-quality sound has never looked back.

I’ve been music fan all my life, and while I’ve seen thousands of concerts, I’ve been living my music doc binge #LifeIn4K for the past few months enjoying Samsung’s 4K SUHD TV and the Rogers NextBox delivering stunningly vivid, authentic images and superior sound like you’ve never seen – or heard — before, just like what it must have felt over 30 years ago when the strains of “So Far Away” kicked off Brothers In Arms.

And as much as the CD transformed the album experience to the early-adopter music fan, really great music docs and series are best enjoyed in fully immersive 4K. Skip the traffic this week and stay in tonight for the best music series and documentaries on TV.

Created by Mick Jagger and Martin Scorsese and Rich Cohen and Terence Winter, Vinyl is set in 1970s New York. A ride through the sex- and drug-addled music business at the dawn of punk, disco, and hip-hop, the show is seen through the eyes of a record label president, Richie Finestra, played by Bobby Cannavale, who is trying to save his company and his soul without destroying everyone in his path. For Jagger and Scorsese, two of the greatest in their respective fields, and who both consistently are in search for inspiration, this series is a goldmine of stories and action rarely seen in television when it comes to the music industry. Forget the naysayers online, and remind yourself that Jagger and Scorsese have rarely put their foot wrong. This is an exuberant study of pop culture and society.

Located on the banks of the Tennessee River, Muscle Shoals, Alabama is the unlikely breeding ground for some of the most creative and defiant music in American history. The music of Muscle Shoals is some of the most important and resonant of all time. “I’ll Take You There,” “Brown Sugar,” “When a Man Loves a Woman,” “I Never Loved a Man the Way That I Loved You,” “Mustang Sally,” “Tell Mama,” “Kodachrome,” and “Freebird” are just a few of the tens of thousands of tracks created there. At its heart is Rick Hall, who founded FAME Studios. A musician himself, who overcame crushing poverty and staggering tragedies, Hall brought black and white musicians together — including during times when the state’s governor wanted “segregation now, segregation tomorrow, segregation forever” — to create music that would last for generations while also giving birth to the unique Muscle Shoals sound. Freddy Camalier’s film provides drama and beauty, allowing legendary artists including Aretha Franklin, Duane’s brother Gregg Allman, Bono, Clarence Carter, Jimmy Cliff, Mick Jagger, Alicia Keys, Keith Richards, Percy Sledge, Steve Winwood to move with freedom to tell their stories, mixed with archival interviews with the late Wilson Pickett and Etta James, all who bear witness to the magnetism and mystery of Muscle Shoals and why it remains a global influence today.

One for the feels. Glen Campbell’s I’ll Be Me takes you inside country star’s Alzheimer’s diagnosis, final tour and farewell to fans. Simultaneously heart-warming and heart-wrenching, the parts that are hard to watch are balanced with performance footage, interviews and most importantly, Campbell’s charisma and courage. Rotten Tomatoes reports that the film has received a 100% “Fresh” rating, with 30 positive reviews and no negative ones, and the soundtrack won a Grammy for “Best Compilation Soundtrack for Visual Media” this year.

How much Tom Petty is too much? How can you even ask that question? Don’t let the length (4 hours!) of this movie turn you off — instead, clear off the schedule, and you’ll be looking online for his closest tour date to you by the time it’s done. Even if you own his pre-fame Mudcrunch releases, you’ll find something new in his visually-killer doc.

I remember hearing stories about my grandparents getting their first television set, and not everyone in the neighbourhood having one. Today, its unusual to be in someone’s house without a TV in every room. My grandparents would never have believed that one day I could sit in my living room and spend hours searching hundreds of channels. It wasn’t that long ago when I rushed home on a Thursday night to watch “Friends,” knowing if I missed it, I would have to wait almost an entire year to catch it in a rerun. Now, we can watch anything we want, whenever we want, and all of this is to say nothing about the quality of the picture and sound on the 4K TV and Rogers NextBox I now have in our home. Like music and Dire Straits all those years ago, home entertainment is always continuing to take sound and vision to the next level. Right now, that next level is 4K. We’ve had our 4K television since the spring and have enjoyed everything from the Blue Jays chasing first place to House of Cards and Breaking Bad.

Let me know what you’re watching and loving!