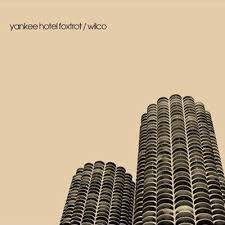 Faster Louder: I wanted to ask about the Star Wars album as well. Obviously the surprise release of that record was a little bit of a gamble but it created a lot of buzz around the record. I guess it maybe feels, from an outsider’s position, that the last couple of Wilco records have maybe slipped by, like you guys have become victims of your own success and that there’s a consensus of “Yeah, it’s a great record, but it’s just a Wilco record.” Was that the intention to shake up that idea?

Jeff Tweedy: Yeah, I think that the … I don’t know what people are thinking about the band as a whole. From our perspective, people keep showing up just to see us play and people tend to buy our records at a time when not many people are buying records and we feel very fortunate to be in a position where we could do whatever we wanted. I think, that being said, there are a lot of expectations that go along with being a band for a long time and having put out many records. Everything about the release and the way the record was packaged, everything about it, was really an effort to try and subvert expectation and to get people that care about the band to lead the discussion or the dialogue about the record.

With all due respect, I tend to think people like yourself are the ones that look at it like, “Oh, they just put out another record and it’s good.” Fans don’t think that. People that get paid to think about stuff like that think that, because your job is to find something new and be the cool guy that found the new thing. Wilco doesn’t really fit that category as much anymore, so there tends to be a certain amount of, I don’t know … I would never complain that we’re taken for granted but, certainly, within certain professional classes, that would be the case.

I didn’t mean to imply that I’m not excited when a new Wilco record comes out. I’ve been a fan for a long time and I always look forward to a new album. It just feels that there isn’t an explosion of attention and hype now the way maybe it did around Yankee Hotel days.

That’s bullshit. That’s complete bullshit, because, first of all, the internet wasn’t anything close to what it is. There was no social media when Yankee Hotel Foxtrot came out and people were telling us that the record was the end of the band for months and when the record finally came out, nobody gave a shit. It did well, but it didn’t do well right away.

Now everybody looks back on it and thinks that it was some sort of watershed moment and the record has sold a lot over this time period because of the story and it’s a good record. The whole idea that, I don’t know, that’s just ridiculous. That’s not what happened at the time. There was a ton of coverage, but it wasn’t social media buzz or anything.