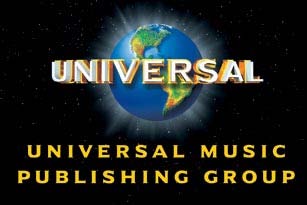 With the agreement, UMPG is responsible for servicing and administering Prince’s expansive catalog of songs. UMPG will also work closely with Prince’s estate to develop new creative outlets for his music.

In making the announcement, Jody Gerson, Chairman and CEO of Universal Music Publishing Group, said, “We’re humbled to be entrusted with Prince’s catalog and I’m grateful to my entire team for their work in making this agreement a reality. UMPG is a premiere destination for songwriters because of the meticulous care, focus and passion we bring to creating opportunities for our artists and their body of work. With the timelessness and genius of Prince’s music, there are no limits to what we can achieve working with his estate. Prince’s popularity will only continue to grow around the world.”

Sir Lucian Grainge, Chairman and CEO of Universal Music Group, said, “We are looking forward to continuing Prince’s legacy and ensuring that generations to come will know his unique brilliance. I congratulate Jody and her team on this landmark deal. Since joining UMPG as Chairman and CEO in 2015, Jody has done a remarkable job at developing and signing some of the most important songwriters and recording artists in contemporary music highlighted by the addition of Prince’s incredible catalog of work.”

Bremer Trust, the court-appointed temporary special administrator of the Prince Rogers Nelson Estate, hired entertainment industry experts Charles Koppelman, Chairman and CEO of CAK Entertainment Inc., and L. Londell McMillan, Chairman and CEO of The NorthStar Enterprises Worldwide, to secure business agreements in the best interest of the estate. They commented, “We are pleased that UMPG shall once again administer Prince’s music publishing worldwide and assist the estate by giving Prince’s iconic music catalog the proper care and support it deserves. With this major agreement, the estate maintains ownership of Prince’s music, and now legions of fans from around the world will have even greater opportunities to continue to delight in his incomparable songwriting and musical expression.”

During a career spanning four decades, Prince sold more than 100 million albums worldwide, making him one of the most successful artists of all time, with numerous No. 1 songs in the U.S. including “Purple Rain,” “Lets Go Crazy,” “Kiss” and “Cream.” In addition to his own recordings, Prince was a prolific songwriter for other artists as well, with credits including “Nothing Compares 2 U” (Sinead O’Connor), “Manic Monday” (Bangles), “When You Were Mine” (Cyndi Lauper), “I Feel For You” (Chaka Khan) and “How Come You Don’t Call Me Anymore” (Alicia Keys).

Prince won seven Grammy Awards, a Golden Globe Award and an Academy Award for Purple Rain. He was inducted into the Rock and Roll Hall of Fame in 2004, his first year of eligibility. UMPG served as Prince’s publisher from 2001 to 2014.