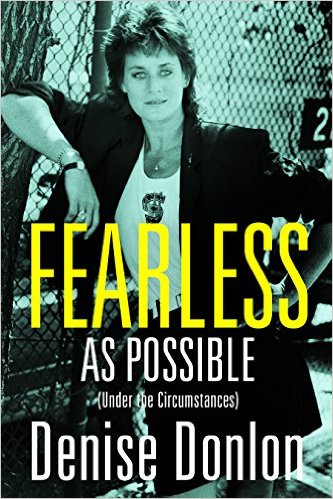 In Fearless as Possible (Under the Circumstances), the smart, funny, and inspiring memoir from Denise Donlon chronicling her impressive and storied career, has put her on the frontlines of the massive changes in the music industry and media. She chronicles her early days at MuchMusic and the music journalism show The NewMusic, where she was a host and producer, and quickly moved up the ranks to become director of music programming, then VP and general manager. Her mandate was relevance, during a time when music videos became a medium that would change pop music and popular culture forever. She became the first female president of Sony Music Canada, where she navigated the crisis in the music industry with the rise of Napster and the new digital revolution. She then joined CBC English Radio as General Manager and Executive Director when the corporation absorbed funding cutbacks, leading to mass reductions in people and programming and leaving a shadow over the future of Canada’s national public broadcaster.

Throughout her incredible journey, she shares colourful and entertaining stories of growing up tall, flat, and bullied in east Scarborough; interviewing musical icons such as Keith Richards, Run-DMC, Ice-T, Joni Mitchell, Neil Young, Annie Lennox, and Sting; working with talent agent Sam Feldman, media pioneer Moses Znaimer, executive vice-president of CBC Radio Richard Stursberg, and her co-host on the current affairs magazine show The Zoomer, Conrad Black. And finally, she details her life-changing experiences with War Child Canada and her work with other charitable organizations, including Live8 and the Clinton Giustra Enterprise Partnership.

Told with humour and honesty, Fearless as Possible (Under the Circumstances) is a candid memoir of one woman’s journey, navigating corporate culture with integrity, responsibility, and an irrepressible passion to be a force for good.