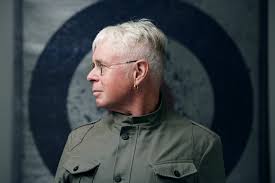 Bruce Cockburn is to receive an inaugural People’s Voice Award at the 29th annual Folk Alliance International Conference in Kansas City on February 15.

As part of a permanent commitment to honoring the socially-conscious roots of folk music, Folk Alliance International (FAI) has launched a new award during the 2016 International Folk Music Awards show happening February 15-19, 2017 in Kansas City, MO.

The People’s Voice Award will be presented annually to an individual who has unabashedly embraced and committed to social and political commentary in their creative work and folk music career.
The inaugural People’s Voice award will be presented to multi-platinum recording artist Bruce Cockburn, whose 40-year career has consistently highlighted environmental, social, and indigenous issues globally.

Bruce Cockburn has been all over the world to Mozambique, Nepal, Vietnam, Baghdad, Nicaragua, and Guatemala to protest refugee camps, landmines, and Third World debt. He has been tirelessly vocal in support of native rights, the environment, the promotion of peace, and has highlighted the work of Oxfam, the UN Summit for Climate Control, Amnesty International, Doctors Without Borders, and Friends of the Earth.

His songs “Mines of Mozambique” from album The Charity of Night, “Stolen Land” (Waiting for a Miracle), and “If a Tree Falls” (Big Circumstance) have traveled the globe providing context for some of the world’s biggest issues of the day, while exhorting to all who listen for engagement with our shared humanity.

In over 300 songs on 30 albums that range from folk to jazz-influenced rock, he has sold more than seven million records worldwide and prolifically captured the story of the human experience through protest, romance, spiritual searching, and politics. In an interview with Rolling Stone in 1985, after observing the horrors of refugee camps along the Guatemalan-Mexican border he shared that he went back to his hotel room, cried, and wrote in his notebook, “I understand now why people want to kill.” The experience led him to write “If I Had A Rocket Launcher” from the album Stealing Fire.

Cockburn is the recipient of 13 Juno Awards, the Allan Waters Humanitarian Award, nine honorary doctorates, the Governor General’s Performing Arts Award for Lifetime Artistic Achievement, and the Queen Elizabeth II Diamond Jubilee Medal. He has been inducted into the Canadian Music Hall of Fame, and is an Officer of the Order of Canada. Pacing the Cage, a documentary film about his life, music, and politics was released in 2013. His memoir, Rumours of Glory, was published by Harper Collins in 2014.

“We can’t settle for things as they are,” Cockburn has warned. “If you don’t tackle the problems, they’re going to get worse.”