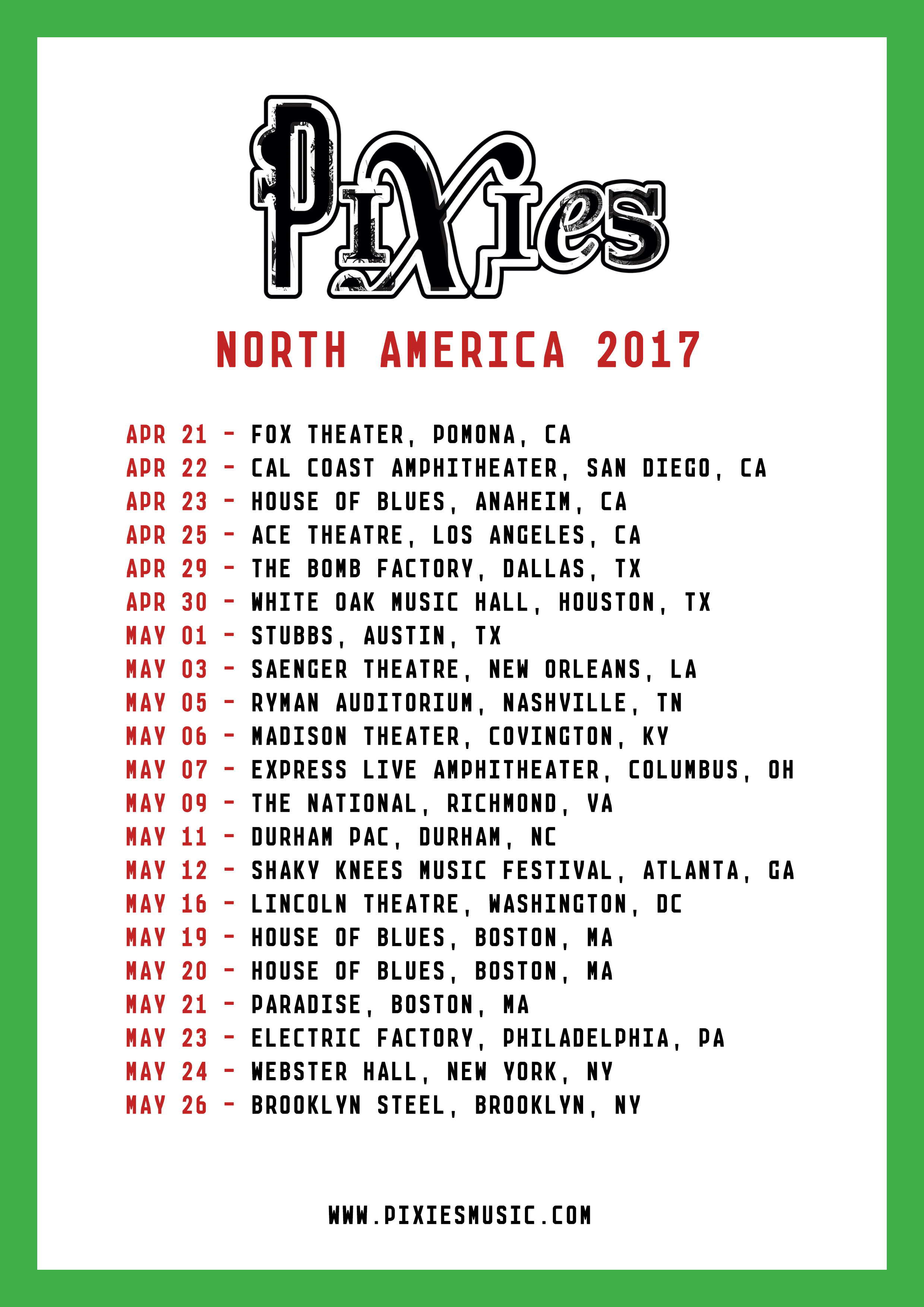 Pixies announced a series of U.S. performances in the spring to support Head Carrier, their 6th studio LP, which came out last fall. The tour starts April 21st in Pomona, CA and loops across the southern half of the country. Black Francis and co. finish the tour with a pair of dates in New York City on May 24th and 26th. The band heads to Europe in July.

The pre-sale for the American leg of the tour begins today at 10 a.m. via the Pixies’ website using the password MASHER. General sale starts on Friday, January 27th.