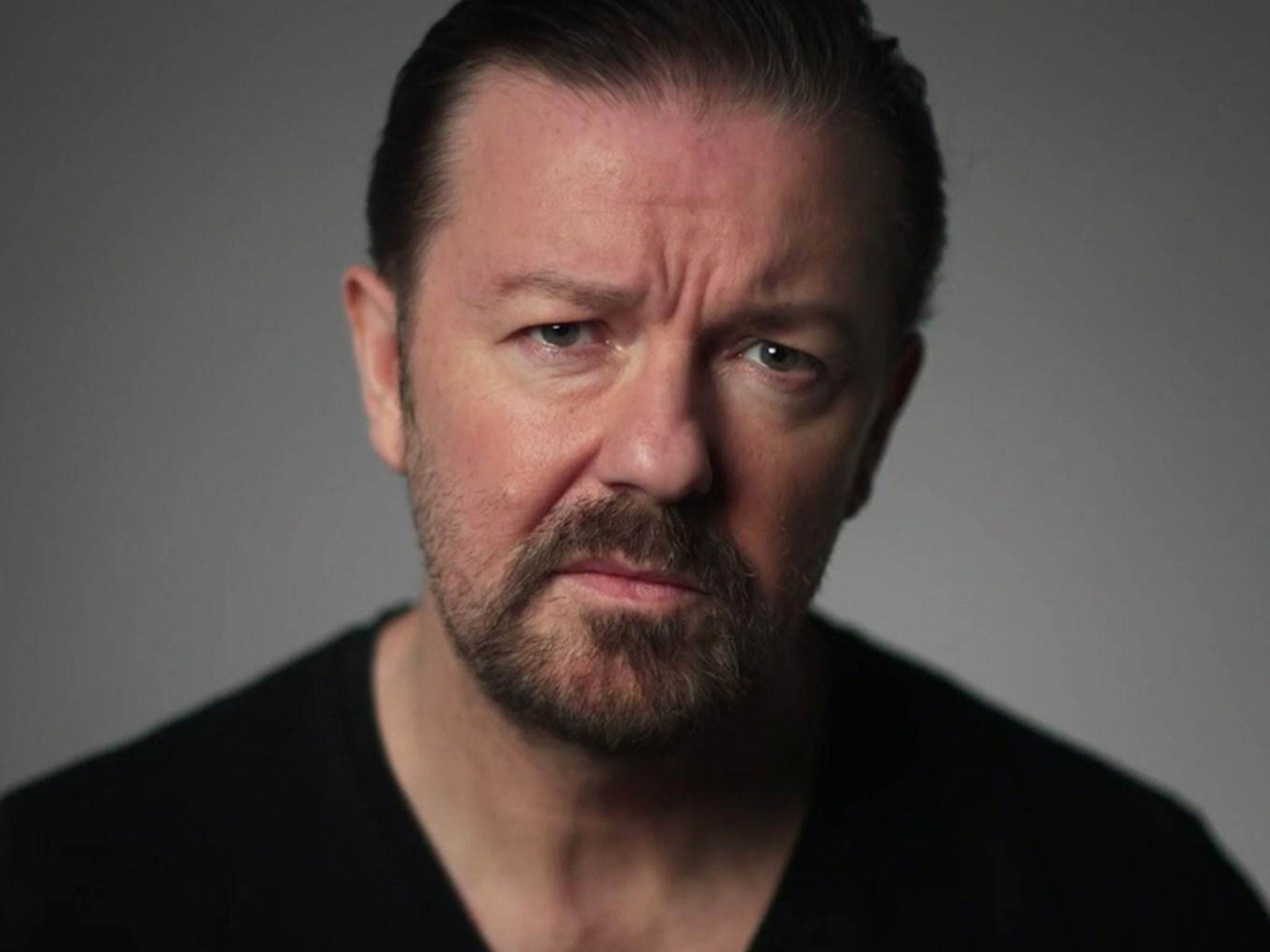 2017 hails the British comedian’s return to stand-up comedy on an international stage, as Ricky Gervais brings Humanity to the USA with shows in New York, LA and Chicago, as well as new dates announced in Europe, with Gervais playing Reykjavik, Dublin, Stockholm, Amsterdam and Copenhagen this year.

After selling out his first few UK shows instantly, Ricky Gervais has added the second leg of the UK tour with fourteen new dates, including four nights at London’s Hammersmith Apollo this October.

Ricky Gervais said: “Thousands of people paying hard earned cash to come and see you live is such a privilege. You’d better have something different, interesting and funny to say. Humanity is my angriest, most honest and I think my best tour yet. It’s probably my most personal too. I feel I may as well tell you everything before I die. Hope you enjoy it. Or not. There are no refunds. Just like life, I guess.”
He also added: “I’m thrilled to be able to take this tour around the world and look forward to performing stand-up to a Canadian audience for the first time. Watch this space for even more dates being added too. I’m coming to your town! (If your town has an arena and a 5-star hotel with a helipad.)”.

Gervais has had a busy couple of years with the international theatrical and DVD release, alongside the exclusive partnership with Netflix USA, of mockumentary comedy feature film David Brent: Life On The Road. 2016 also marked the debut album release of David Brent & Foregone Conclusion – Life On The Road, which became a Top 10 UK hit on the iTunes chart. Special Correspondents, which Gervais wrote, directed and starred in alongside Eric Bana, was launched on Netflix worldwide, and Gervais also hosted the Golden Globes for a 4th time.

This year Ricky Gervais returns to his first love of stand-up comedy, with the British comic taking his new show Humanity on a 37-date tour around the world.

The creator and star of The Office, Extras & Derek, Ricky Gervais, has won three Golden Globes, two Primetime Emmy Awards and seven BAFTA’s. The award-winning stand-up comedian also has four international tours under his belt. His 2007 stand-up show ‘Fame’ was the fastest selling UK stand-up show in history, with 100,000 tickets for the London dates selling out in just 9 minutes.