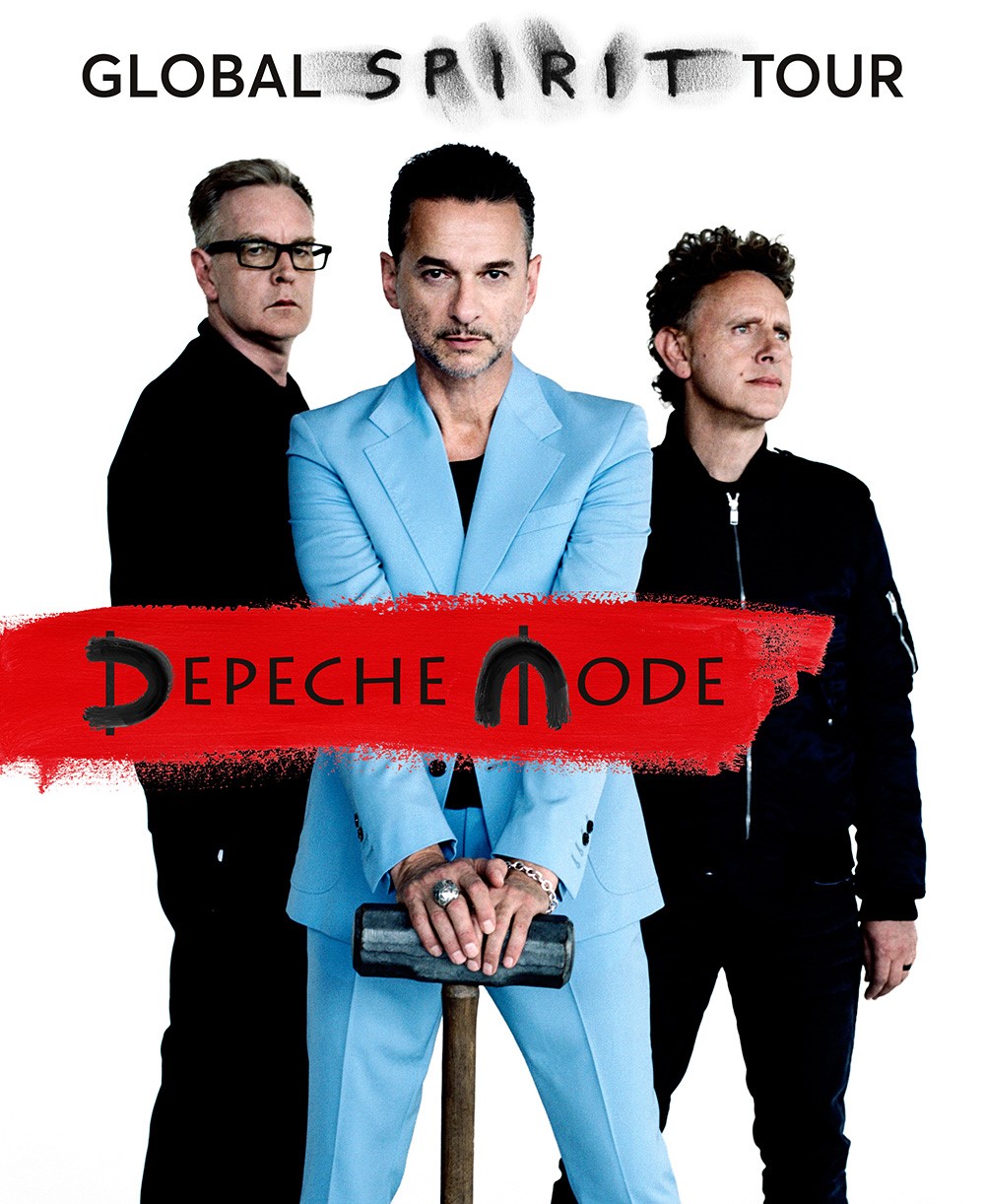 As promised, Depeche Mode continues to roll out their Global Spirit Tour, with the second leg bringing their stunning live show to fans across North America this fall.

Following an extensive European summer tour, the 28 show North American run, exclusively promoted by Live Nation, will kick off on August 23rd in Salt Lake City, UT and will stop in 26 cities across the United States and Canada, before wrapping up in Edmonton, Alberta on October 27th.

Fans can register now for early access to tickets at presale.depechemode.com. By registering, fans will reserve a spot in line for the fan presale, which they can then improve by sharing their unique presale link with friends and family, or by preordering Depeche Mode’s new album Spirit. On March 6, days before tickets go on general sale to the public, fans who have registered will be let into a special ticket presale in waves, based on their place in line.

The European stadium leg of the Global Spirit Tour, running May through July, has already sold over 1.5 million tickets and has sold-out shows across Europe – just the start of what is poised to be a record-breaking global tour. The Global Spirit Tour will later bring the band to Latin America, with details to be announced shortly.

The Global Spirit Tour is in support of the band’s upcoming 14th studio album, Spirit, out on March 17th via Columbia Records.  The album’s powerful and timely first single, “Where’s The Revolution”, has already been well-received by critics and fans alike, lauded as a strong “return to form” for Depeche Mode. Spirit has already garnered critical acclaim in early previews, with Q Magazine calling it “the most energized Depeche Mode album in years”.

On the North American leg of the Global Spirit Tour, the band will continue their charity partnership with Swiss watch maker Hublot, raising money and awareness for charity: water toward their mission of providing safe drinking water to everyone in the world.