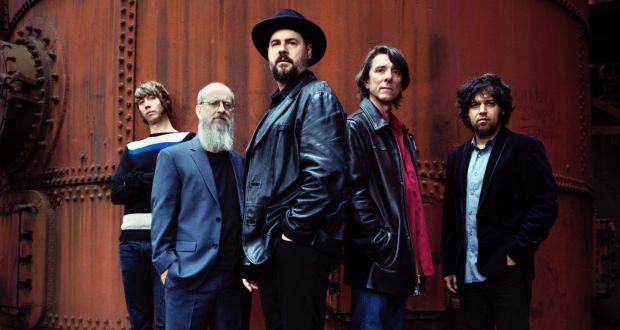 “When Dr Martin Luther King began his Civil Rights work, one of the first things he did was enlist the Staple Singers to bring music to the struggle. Their music became a very important part of his work – one that is sometimes overlooked. If our music can provide some comfort and release, a moment of clarity in a foggy night or catharsis from the pain, then we’re doing our job. I’m very proud to be a part of what we’re doing.

“People are angrier and more frightened than I’ve ever seen them. When we released it last September, we all really thought that American Band was such a snapshot of a moment in time that it would be a little dated and obsolete after the election.

“That hasn’t been the case at all, unfortunately. I think the show, and the response from crowds since the election, has been far more intense and cathartic than it has ever been. There’s nothing reasonable about what’s happening in America right now. Sometimes you have to draw a line in the sand and stick to your ideals.

“I’ve been on the losing side of more than half of the elections of my life, but this is very different. George W Bush was a president that I opposed on most issues, and over two terms he did extensive damage to our country on so many levels, but I still considered him the president. What we have now is a totally different level of corruption and strife. I am truly scared for our country and my children’s future from the things Trump is saying and doing.”