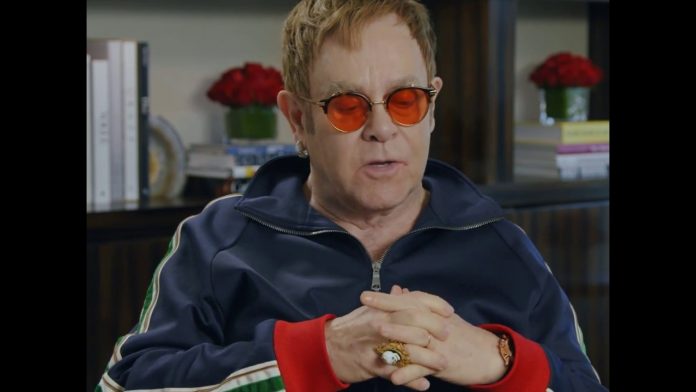 The legendary album is released on vinyl in a newly expanded form with 6 previously unreleased tracks; this format is a 2 lp set on 180gm vinyl, remastered by Bob Ludwig.

‘The album ‘17-11-70’ was not meant to be a live one at all; we did one of the first- ever stereo radio broadcasts live at A&R Recording Studios in New York City in 1970 on the 17th of November. It was Phil Ramone’s studio, one of the greatest producers of all time, and we just went in the booth and played it as a three-piece: Nigel Olsson on drums and vocals, Dee Murray on bass and vocals, and myself. There was a studio audience of about 100 sitting outside the booth, hearing it coming through the loud speakers, and we just played. I’m astonished by how good we were, listening to this record. A lot of it was improvised, and you can do that when you’re a three-piece band because I’m really the lead instrument, and Dee and Nigel were so brilliant at following what I did. There’s a 16-minute track on it that was completely
improvised, more or less, and I’m very proud of it: I think it’s one of the greatest live albums ever made. It wasn’t initially coming out as a live album, but there were so many bootlegs in those days that the record company put it out. I’m glad they did because it really is something I’m very very proud of’. Elton John

Record Store Day is the one day of the year when over 200 independent record shops all across the UK come together to celebrate their unique culture. Special vinyl releases are made exclusively for the day and many shops and cities host artist performances and events to mark the occasion. Thousands more shops celebrate the day around the globe in what’s become the biggest record buying event on the music calendar.