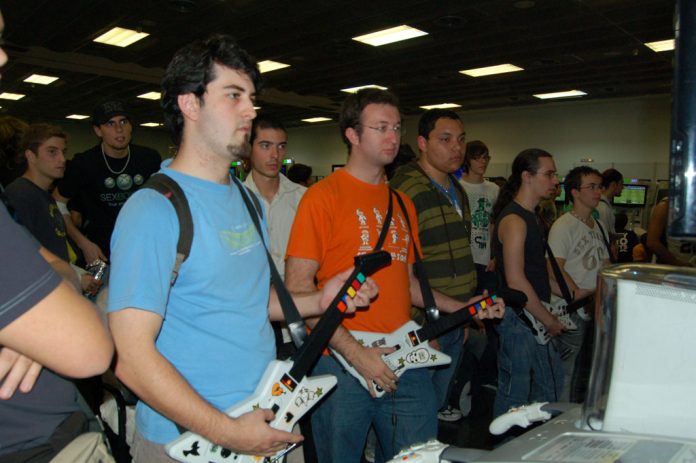 Anyone who’s ever played Grand Theft Auto: San Andreas will know how much more fun carrying out a drive-by is when it’s accompanied by a gangsta rap soundtrack courtesy of the in-game radio station.

But it seems as though the relationship between video games and music is getting evermore complex as our musicians start to use the hugely profitable gaming realm as a way to boost their profiles and earn some handy revenues.

Although streaming has helped music enjoy some record growth figures, as an industry it pales in comparison to video gaming. And that’s why some of our biggest pop stars like Kanye West and Taylor Swift have been quick to team up with some of the most successful games developers to see how they can release their own branded games.

The branded mobile game has become a big hit in the past few years, with Nicki Minaj’s mobile game being a typical example of how themes of celebrity and empire-building have become key features of the modern musician’s video game.

However, there are plenty of more underground artists who are willing to be a little more subtle in how they adapt to the gaming realm. Whether it’s leftfield beatmakers like Hudson Mohawke soundtracking the Watch Dogs 2 console game, or post-rockers 65daysofstatic providing a typically bombastic soundtrack for No Man’s Sky, it shows how even indie musicians can get involved in massive gaming hits.

Whilst musicians and video gaming might seem to be an uneasy mix, Lucky Nugget Casino’s blog shows how some of our best-loved musicians have used games as lyrical influences.

Plus even enigmatic instrumental acts like Explosions in the Sky have had their music featured in sports games like Major League Baseball 2K12, and plenty of indie bands enjoyed the revenues from being featured in various EA Sports games, and so it shows how flexible our musicians have become when it comes to getting their music heard.

Unsurprisingly, the famously eccentric Björk has had her own distinctive take on how to use gaming to her own advantage. The Icelandic singer released her 2011 album, Biophilia, as a kind of interactive audiovisual video game which might seem like a self-indulgent marketing ploy, but was successful enough to merit a place in New York’s Museum of Modern Art.

And with the gaming realm constantly expanding its genres to include everything from virtual-reality horror titles to online casino simulations, it looks like it will be providing plenty of creative opportunities for musicians to come.