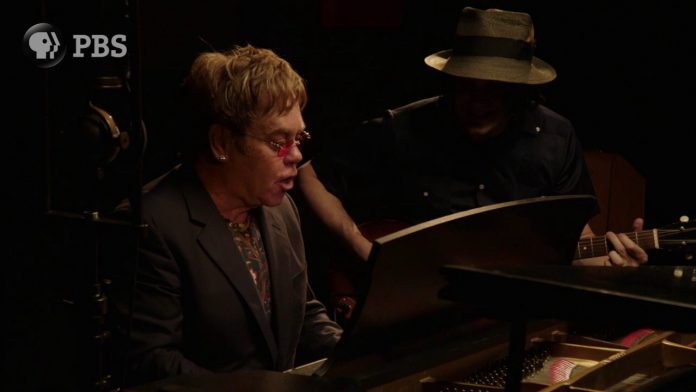 Go inside one of the greatest-ever untold stories on PBS’ new music series American Epic: how the ordinary people of America were given the opportunity to make records for the first time. In the scene, Elton John is asked to improvise a new song from lyrics that his longtime collaborator Bernie Taupin handed him. John leads on piano, Jack White accompanies on guitar, and their performance is recorded straight to wax.