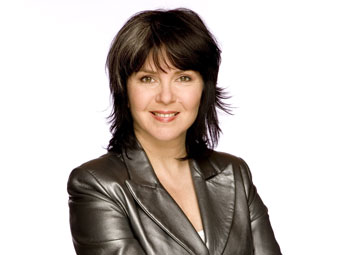 After 10 years hosting CBC Radio 2’s acclaimed late night music program THE SIGNAL, Laurie Brown announced during tonight’s show that she has decided to step down as host to pursue new creative ventures. To celebrate a decade at the helm, Brown will embark on a farewell tour this summer, including stops at CBC in Vancouver, Toronto and Montreal that will be recorded and featured in her final show on September 2. THE SIGNAL LIVE tour kicks off August 15 in Vancouver and will feature great music, a meet and greet and commentary from Brown’s decade hosting the show. For more information on the tour and to reserve free tickets starting this Friday at 12 p.m. ET, visit www.cbcmusic.ca/SignalLive.

Following Brown’s departure, late night listeners can still experience an atmospheric and cutting-edge mix of music from 10 p.m. to 12 a.m. on CBC Radio 2, with a new show name and host details to be announced later this summer.

“It has been 10 gratifying years spent hosting The Signal and it is time for me to try something new,” said Brown. “The toughest part about making this decision was the thought of leaving my Signal audience. I’ve spent a decade thinking and talking about how your nights unfold and I will miss you. I’m excited to have you all join me to record the final show this August.”

“Laurie’s deep knowledge of and passion for music has built The Signal into an innovative and inspiring destination for music lovers, “said Mark Steinmetz, senior director, CBC Music. “We thank Laurie for her dedication to CBC Radio 2 listeners over the past decade, and look forward to building on her commitment to showcasing ground-breaking music across all genres. She will be missed!”

Laurie Brown is known for her award-winning and wide-ranging music career that has taken her from performing onstage with bands, to MuchMusic VJ, to Senior Arts Correspondent for The National before launching The Signal in 2007.