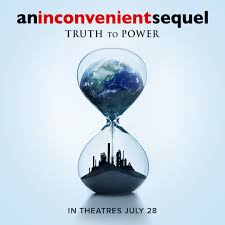 A star-studded cast of narrators will join former Vice President Al Gore on his forthcoming audiobook AN INCONVENIENT SEQUEL: TRUTH TO POWER, available on CD and for download on July 25, 2017. The Simon & Schuster audiobook will be published simultaneously with hardcover and ebook editions from Rodale. A documentary film of the same name will follow later that week.

In AN INCONVENIENT SEQUEL: TRUTH TO POWER, Gore recounts and contextualizes the critical issues and moments in the climate change movement since the release of An Inconvenient Truth more than ten years ago, and highlights the real solutions we have at hand to change the planet for the better.

The audio edition of An Inconvenient Truth won the Grammy Award for Best Spoken Word Album in 2009.