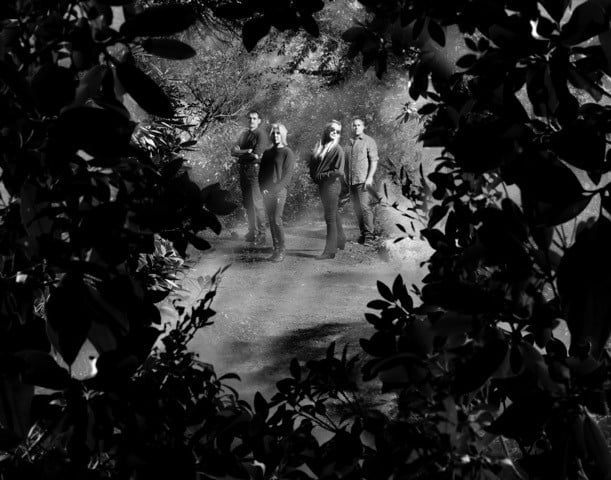 90’s alt-rock group Belly are back – hitting the studio for the first time in more than twenty years for their third album, NameTBD. Through their exclusive PledgeMusic pre-order campaign, launching today, the beloved band is inviting fans to take part in their creative process with sneak peeks into the studio, limited-edition merchandise, special experiences, and much more.

Fans can pre-order the album in digital, CD, or vinyl form now on Belly’s campaign page. The leaders in direct-to-fan platforms, PledgeMusic allows artists to get more personal with their fans, offering pledgers behind-the-scenes content and items not available anywhere else.

Reuniting for a limited tour in 2016, Belly fell right back into their groove during rehearsals; planting the seed for a trove of new tunes which they began writing on the spot – two of which they performed on stage for the duration of the tour. Channeling the energy and excitement of their live reunion, the band determined that the only way to move forward was to create more music together. The resulting album, Belly’s third studio project, marks over twenty years since their last official release.

Belly recorded the initial tracks at Stable Sound Studio in Rhode Island, enlisting old friend and Grammy Award-winning producer/engineer Paul Q. Kolderie (Pixies, Radiohead). As they continue building out the album in the studio, the band is inviting fans through PledgeMusic to partake in the creative process; offering unprecedented studio content and the ability to be among the first to hear select recordings.

Fans who pre-order the album via PledgeMusic will get the AccessPass, which will give them early access to digital downloads, artist updates, and more. Pledgers will also be able to pledge on exclusive merchandise and experiences direct from the band. These include: a signed vinyl test pressing of the new album; a musical arrangement from one of the album’s songs, handwritten and signed; an autographed drumhead used during the recording; the opportunity to attend a soundcheck and be on the guest list for a Belly show; an invitation to the official album listening party in Rhode Island (travel & accommodations not included); and much more.

Belly formed in 1991 after Tanya Donelly left the critically acclaimed Throwing Muses, which she’d founded with her stepsister Kristin Hersh while they were both still in high school. Just prior to leaving the Muses, Tanya co-founded The Breeders as a side project with Kim Deal of The Pixies, but soon realized she needed more space to pursue her own fractured-fairytale alternative-pop-rock song-writing vision.

Tanya recruited brothers Chris and Tom Gorman to play drums and guitar, respectively. The band immediately got to work on Belly’s debut album, Star, recorded in two sessions: in Nashville with engineer Tracy Chisholm; and Liverpool, England, with producer Gil Norton. Just before the release of the album in January 1993, Gail Greenwood joined the band on bass. By turns dreamy, creepy, jaggedly delicate and melodically expansive, Star was propelled by the single “Feed the Tree” to gold-record status in the US, earning two Grammy nominations and eventually selling two million copies worldwide. Belly spent more than a year of nearly nonstop touring for Star, performing throughout the US, UK, Europe, Australia and Japan, with opening bands that included The Cranberries and Radiohead.

In the summer of 1994, Belly began writing and rehearsing for their 1995 sophomore release King, produced by the legendary Glyn Johns. King was a more ‘rock-oriented’ and live-sounding album, reflecting the band’s experience of hard touring that preceded it, as well as Johns’ minimalist production style. Another extensive tour followed the release of King, with dates opening for R.E.M., and other shows supported by the Catherine Wheel.

After Belly unceremoniously disbanded in November of 1995, Tanya went on to pursue a solo career, continuing to perform internationally and, to date, releasing four albums and a stream of digital Eps under her own name. Gail spent three years playing in L7, followed by two years as touring bassist for pop-punk artist Bif Naked and, most recently has been performing with her partner Chil Mott in Benny Sizzler. Chris moved to New York City and opened a studio to pursue commercial and fine-art photography, and published his first children’s book, Indi Surfs, in 2015. Tom briefly played guitar and keyboards with Buffalo Tom, toured with Kristin Hersh in 1999 and eventually moved to New York City to join Chris in the commercial photography business. In 2016 Belly reunited for a highly-anticipated limited tour, which planted the seeds for a trove of new songs and their first studio project in 22 years. NameTBD is slated for release in 2018.