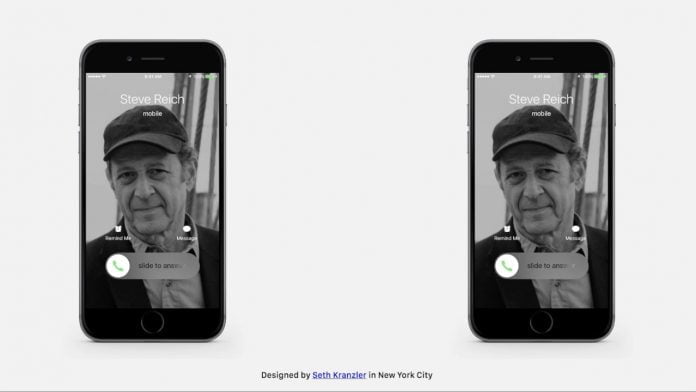 Steve’s Reich’s style of composition influenced many composers and groups. His innovations include using tape loops to create phasing patterns and the use of simple, audible processes to explore musical concepts (for instance, Pendulum Music and Four Organs). These compositions, marked by their use of repetitive figures, slow harmonic rhythm and canons, have significantly influenced contemporary music.

Writing in The Guardian, music critic Andrew Clements suggested that Reich is one of “a handful of living composers who can legitimately claim to have altered the direction of musical history”.[6] The American composer and critic Kyle Gann has said that Reich “may … be considered, by general acclamation, America’s greatest living composer”

“Steve Reich is calling” creates the iPhone’s Marimba ringtone as if it was created by the musical genius.