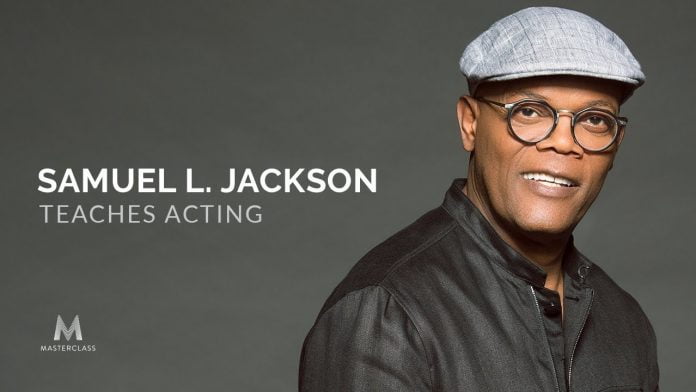 Learn about acting, auditioning, and artistry from Oscar nominee Samuel L. Jackson in his first-ever online acting class. The star of Pulp Fiction and Django Unchained shares the skills that have made him one of Hollywood’s most respected and prolific actors.

In his MasterClass, Samuel L. Jackson breaks down his process, including his unique approach to giving masterful performances. Learn how he creates backstories, collaborates with directors, and digs deep into the mind of every character he plays.

In addition to acting advice, Samuel L. Jackson also shares the personal journey that brought him from Chattanooga to California—and from television stand-in to Hollywood star.

Samuel L. Jackson’s MasterClass will add depth to your film acting, stage acting, and voiceover work with video lessons and a customized workbook tailored to each chapter.