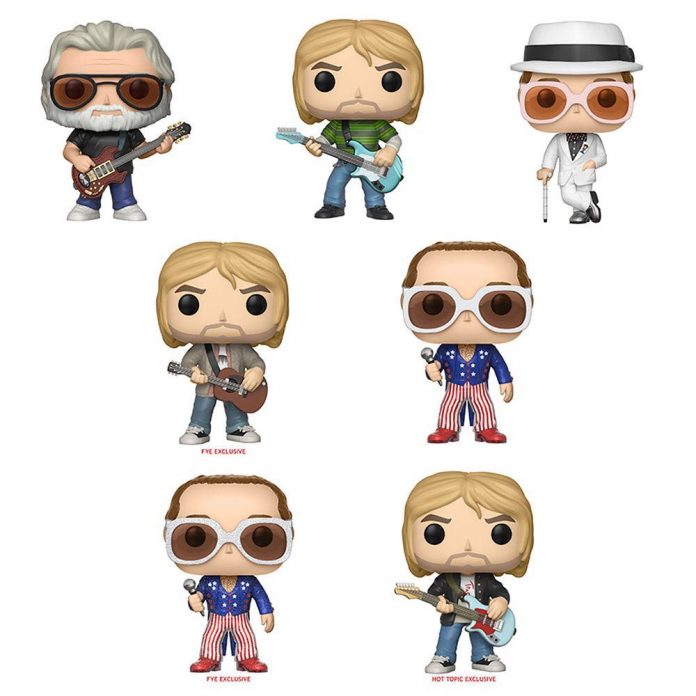 This series features Jerry Garcia, shown with his signature glasses and guitar!

Known for his fashionable taste and larger than life outfits Elton John is shown in two versions – a classic white suit, and patriotic red, white, and blue suit! Complete with his iconic glasses. You can find Kurt Cobain shown in tan sweater with guitar, and glitter version of Elton John – only at FYE!

Kurt Cobain featured in his black sweater, available only at Hot Topic!