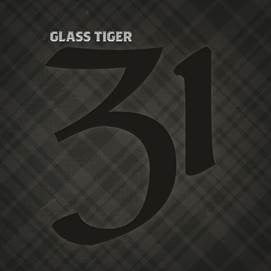 Glass Tiger first burst on to the world stage in 1986 with the #1 hit “Don’t Forget Me (When I’m Gone),” the first of 13 top 30 hits (including 7 top 10s). Glass Tiger’s Alan Frew and Johnny Reid have enjoyed a long friendship which has included a number of collaborations including Johnny’s #1 hit “Fire It Up” which also became a significant hit for Joe Cocker in Europe.

In 2015, Frew suffered what could have been a career-ending stroke but following an intense year of rehab, Alan was on the road to recovery. Taking all that had happened into consideration, Reid suggested creating an album that celebrated the truly important things in life.

“We talked for hours on end about such things as love and friendship, health and happiness…and, of course family,” says Frew. The emphasis, he felt, should be on Glass Tiger’s beautifully crafted pop songs that already felt ‘old friends and family’ and that, if re-imagined, they could once again come across our doorsteps and join us by the fire for an evening of fellowship and song.”

With a plan in place, the band headed to Nashville to begin working on arrangements at Johnny’s home studio. The resulting album introduces traditional acoustic instruments like the penny whistle, bodhran, banjo and uillean pipes giving new warmth to songs that have become familiar to millions of people around the world. The album also includes alternative versions of the hits “Someday” sung In French and English with Quebec star Véronic DiCaire and Diamond Sun performed alongside Susan Aglukark singing in First Nations.

“31 is simply a musical celebration of family and friendship,” says Johnny Reid. Having the opportunity to work with the boys on this album was an absolute pleasure. I’m humbled to have played a part in bringing these great songs back to the people.”

Glass Tiger will take the show on the road in 2018, joining Johnny Reid on his extensive 45-date tour across Canada beginning February 26 in Sydney, B.C. (see full tour schedule below)