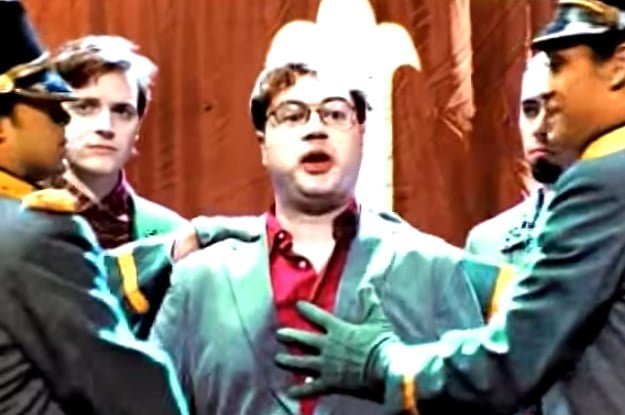 The Canadian Academy of Recording Arts and Sciences (CARAS) and CBC are pleased to announce the 2018 inductee into the Canadian Music Hall of Fame will be world-renowned rockers Barenaked Ladies – Ed Robertson, Jim Creeggan, Kevin Hearn and Tyler Stewart – alongside original member, co-founder and singer-songwriter Steven Page. The band celebrates their 30th anniversary this year, marking three decades as legendary performers and one of Canada’s most celebrated collectives, earning countless accolades including eight JUNO Awards, two Billboard Music Awards and multiple Grammy nominations.

“We are honoured to be inducted into the Canadian Music Hall of Fame,” said Ed Robertson.“For almost 30 years we’ve worked hard to write the best songs we can, make the best records we can make, and do the best shows possible. We’ve travelled the world with our music, but Canada has always been home. This is very special for us.”

“I have so many great memories of my years with Barenaked Ladies, from our beginning in our parents’ basements to playing our songs for audiences all over the world,” said Steven Page.“I’m incredibly proud of all we achieved together, the greatest of all being the fact that our music continues to be a part of so many Canadians’ lives. Congratulations to the guys – I’m humbled by our induction into the Hall of Fame. Here’s hoping that next year we will be inducted into Hall and Oates.”

“We are thrilled to be inducting the Barenaked Ladies, alongside Steven Page, into the Canadian Music Hall of Fame. For nearly 30 years, their work has dominated charts both globally and domestically as they have grown to become one of the country’s most celebrated musical acts, ” said Allan Reid, President & CEO CARAS/The JUNO Awards and MusiCounts. “We look forward to celebrating all of their achievements and welcoming them into the Canadian Music Hall of Fame at the 2018 JUNO Awards in Vancouver.”

Formed in 1988 in Scarborough, Ontario, the chart-topping Barenaked Ladies have been making music for three decades and have sold over 15 million albums worldwide. The band’s style has evolved significantly over the course of their career, favouring acoustic in the early days and growing to encompass a mixture of genres. The 1991 release of The Yellow Tape, initially meant as a demo cassette, would go on to become the first independent tape to ever achieve platinum status, with over 100,000 copies sold in Canada. Following multiple indie cassette releases, the band signed to Sire Records, with whom they released their first full album entitled Gordon. Gordon was a cultural phenomenon in Canada and was certified Diamond (selling over 1 million records). Stunt, released in 1998, would become the band’s most commercially successful record, climbing all the way to No.3 on the Billboard album chart, anchored by the smash hit “One Week,” which peaked at No.1 on the Billboard Hot 100.

The band has seen incredible success over their lengthy career with international tours including performances at Madison Square Garden, The Royal Albert Hall and Wembley. Known for such hits as “Pinch Me,” “It’s All Been Done,” “Brian Wilson,” “If I Had $1,000,000,” “Jane,” “Odds Are” and many more, the band also penned the theme song for the hit CBS series, The Big Bang Theory. In 2013 Barenaked Ladies collaborated with Commander Chris Hadfield on the song “I.S.S. (Is Somebody Singing),” recorded while the Canadian astronaut was in orbit in the International Space Station. Later that year their 10th studio release, Grinning Streak, debuted at #10 on the Billboard Top 200 followed by 2015’s Silverball and most recently FAKE NUDES, lauded as one of their most dynamic albums to date.

Praised not only for their palpable on-stage chemistry, camaraderie and characteristic improv style, Barenaked Ladies have been recognized for their ongoing philanthropic initiatives. The band was a founding member of Barenaked Planet – Powered by Reverb in 2004 and have since “greened” every tour date, offsetting over 300 metric tonnes of carbon. Barenaked Ladies have also donated their time and effort to Free the Children/WEday, ABC Life Literacy Canada, David Suzuki Foundation – The Blue Dot Tour, and Camp Oochiegeas.

Tickets for The 2018 JUNO Awards are currently on sale through the Rogers Arena Box Office, by phone at 1-855-985-5000 and online at ticketmaster.ca.