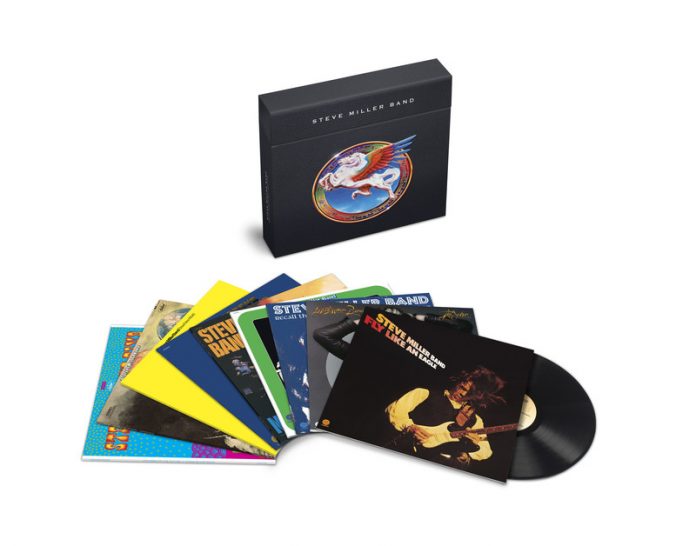 It’s been 50 years since Steve Miller Band’s first two Capitol Records albums were released in 1968, and now Miller and Capitol/UMe are incredibly excited to announce the May 18 release of the legendary Steve Miller Band’s first nine studio albums in an unprecedented new 180-gram vinyl box set collection called Complete Albums Volume 1 (1968-1976). Spanning the band’s first studio album, Children of the Future, through 1976’s multiplatinum masterpiece Fly Like an Eagle, the albums have all been remastered and are available now for preorder. Each album is also available for preorder as individual 180-gram black LPs to be released on the same date, as well as limited edition 180-gram color vinyl LPs for sale exclusively via uDiscoverMusic.

A much-loved summer tradition, the iconic Steve Miller Band has been performing inspired versions of Miller’s incomparable songbook to legions of fans across the globe for many years. Among the many highlights of the tour, the SMB will be performing at the legendary Radio City Music Hall in New York City, the Greek Theatre in Los Angeles, CA, and will be closing out the final day of New Orleans Jazz & Heritage Festival.