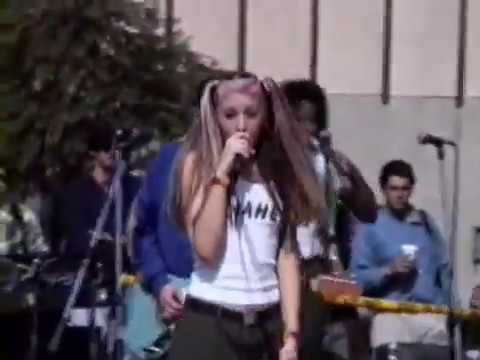 No Doubt’s self-titled debut album was released in 1992, but it featured no radio singles, although a video was made for “Trapped in a Box”. The album’s distinctly upbeat pop/cartoon sound sharply contrasted with the then-dominant grunge movement. Because the music world’s focus was redirected squarely at Seattle, No Doubt’s album was not supported by the record label and considered a commercial failure for selling only 30,000 copies. This is footage from that time.