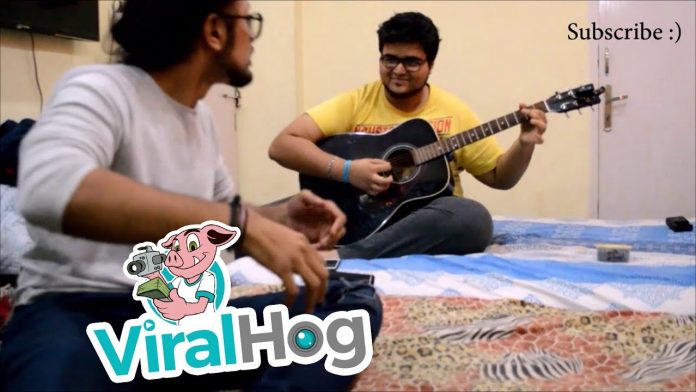 In late January 2015, Indian musicians Samarth Swarup and Asa Singh accompanied the Apple iOS Siri as she answered the question “What is 10 trillion raised to the power 10?” This is a hit!

I being a music producer [musician] was quite attracted to the response of Siri on this question. So I clubbed my friend’s beatboxing and my guitar along with it and made this crazy video.