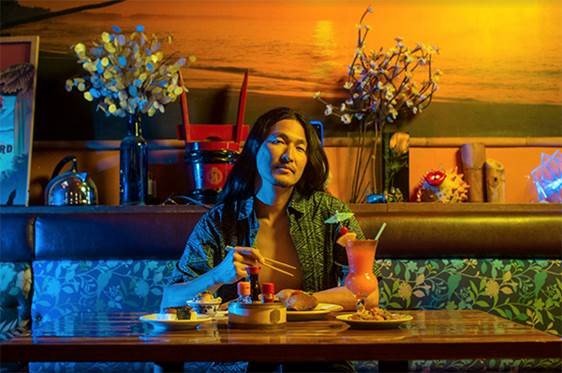 Undiscovered Canadian musicians and hopeful hobbyists will now have a new means to be found, thanks to a new project under the wings of Sub Pop records founder and 8Stem’s Bruce Pavitt and the division’s financier, Sergio C. Muñoz.

Like a game of Telephone, but with song, Stemchain is the legendary music man and startup founder’s newest brainchild. It’s a talent discovery contest that takes one song and its stems, allows entries from that country to revamp and submit it, with the winner receiving exclusive distribution and their version moving along to the next country.

The end result will be a small world connected by big sound, literally stemming from Daniel Pak’s “Love You Better” at its crux. “I’m always looking for ways to champion undiscovered artists making original music outside of the mainstream,” says Pavitt.

The originating song for this round of Stemchain’s discovery quest was written and performed by Seattle-by-way-of-Honolulu’s Daniel Pak. Pak crafted “Love You Better” from the perspective of a man willing and wanting to be a better person to those in his life.

“I wrote the song because I was going to be a father for the first time and wanted to be the best partner I could be in raising a child,” shares Pak. “I want to see a world with more responsible parenting and a deeper connection to our ancestors and our roots.

“And even deeper, our collective roots to humanity.”

Because Stemchain is truly set to be a global affair, “Love You Better” then made its way to Mexico where the stems were revamped by Borchi, a producer in Mexico City. Inspired by a recent trip to the jungles of Catemaco in Veracruz, Borchi’s version was crafted in the rhythms of Rasterinha while healing through song, dance and plant medicine.

“I was very happy to have Pak’s stems as an excuse to try out a jungle-like, shamanic track with a harder and funkier groove than more of the slow house happening in that scene,” says Borchi. “Rasterinha was the best way to make that happen.”

Joining on the production of Borchi’s version of “Love You Better” — now “LVUBTR” — is three time GRAMMY Award winner Wil Dog of Ozomatli. Through performances, recordings and production over the span of two decades, Wil Dog has collaborated with artists such as Tito Puente, Carlos Santana, De La Soul, and Dat Garcia.

“This opportunity is huge for a musician like me, because I have thousands of hours of recorded material that has never been utilized,” enthuses Dog. “I love the idea of being able to efficiently share that material with undiscovered talent worldwide.”

The project is deliberately low-social, set to groundswell and remain within the artist-to-artist conversation. Bypassing all mainstream technology and social media giants to retain independence, the exclusive platform being used to acquire and submit for Stemchain is Shopify’s music application and email submissions.

The stempack is available to all musicians for $3 USD. Each musician has full creative control over their revamp once they download the 12 stems, delivered as .wav files.

Canada as Stemchain’s site for artist insight is without question, according to Muñoz. “My favourite musicians are Canadian,” shares Muñoz. “Leonard Cohen, Neil Young, Daniel Lanois, Joni Mitchell, Ben Mink, and kd Lang… And my favourite contemporary artists too: A Tribe Called Red and Beatrice Deer…

“The idea of discovering the next artist of that caliber is very exciting!”

If you want more details, let me know, send me an email!