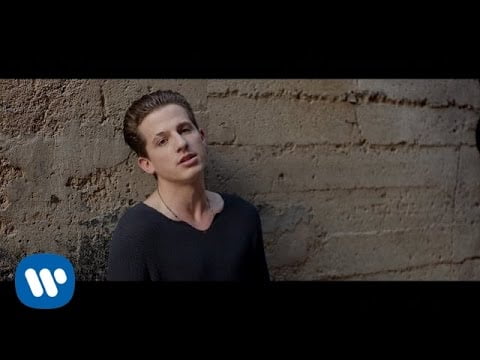 The Honda Civic Tour, a summer staple for music fans, returns this July headlined by multi-GRAMMY nominated singer, songwriter, producer Charlie Puth – with his biggest North American tour to date. The Civic Tour also will feature multiplatinum recording artist and actress Hailee Steinfeld, as a special guest on all tour dates. The 2018 Honda Civic Tour is produced by Live Nation. Now in its 17th year, the Honda Civic Tour officially gets underway July 13 in Boston, MA at the Blue Hills Bank Pavilion, and travels the nation through the summer landing in 30 cities. Due to overwhelming demand, Radio City Music Hall is sold out and a second NY area show in Farmingville, NY has been added on July 14. Tickets for the Farmingville, NY show go on-sale Thursday, May 17. See full tour schedule below.

Every track on Voicenotes was produced and written by Charlie himself. Charlie celebrated the arrival of Voicenotes with a number of release week, national television appearances, performing his current single “Done For Me” on NBC’s “The Voice” and “TODAY.” Charlie continues his media blitz with a performance of the track on the nationally syndicated “Live with Kelly and Ryan” on May 14. “Done For Me (feat. Kehlani)” – the third single off of Voicenotes – is currently climbing the top 25 at Top 40 radio and the top 15 at Hot AC. The album already boasts back-to-back smashes in its now 3x-Platinum certified lead single “Attention” and Platinum certified follow-up “How Long.” “Attention” marked Charlie’s fifth RIAA-certified platinum selling single, third Billboard Hot 100 Top 10 (peaking at #5), second solo #1 on Hot AC radio, and first solo #1 on Top 40 radio.

In addition to his continued commercial success, Charlie’s new music has found critical acclaim, with The New York Times calling “Attention” one of the best songs of 2017. The song also proved to be a worldwide smash, receiving a remarkable 47 Platinum certifications as well as a Diamond certification in France. In addition to hitting #1 on the European airplay chart, the song went #1 on the airplay charts in France, Italy, Norway, Spain, Sweden, and Switzerland. “How Long” went Top 5 at both Top 40 and Hot AC radio, and was named one of “The 17 Best Pop Songs of 2017” by Vanity Fair.